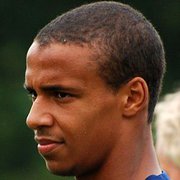 Job Joël André Matip (born 8 August 1991) is a professional footballer who plays as a centre back for Premier League club Liverpool and the Cameroon national team.

He began his professional career with Schalke 04 in 2009, and was part of their teams that won the DFB-Pokal and DFL-Supercup in 2011. He totalled 258 competitive appearances and 23 goals before moving to Liverpool on a free transfer in 2016, where he won the UEFA Champions League in 2019 starting in the final. He also won the UEFA Super Cup in 2019.

Born and raised in Germany, he represented his father's Cameroon at international level and played for them at the 2010 Africa Cup of Nations and the FIFA World Cups of 2010 and 2014.

Born in Bochum, Matip began his career with SC Weitmar 45 before joining VfL Bochum in 1997. After three years in VfL Bochum's youth teams, Matip was scouted by Schalke 04 in July 2000.

Matip made his professional debut on 17 October 2009 in a Regionalliga against 1. FC Saarbrücken. He made his Bundesliga debut for Schalke on 7 November 2009 against Bayern Munich, in which he scored the game-tying goal and was subsequently named man of the match.

On 23 February 2013, Matip scored both goals as Schalke recorded an important 2–1 victory over Fortuna Düsseldorf, securing the club's second win in 12 games.

On 15 February 2016, Matip announced signing a four-year pre-contract agreement to join Liverpool on a free transfer, following the expiration of his contract with Schalke.

Matip made his debut for Liverpool on 23 August 2016 against Burton Albion in the League Cup in a 5–0 win for the Reds. He scored his first goal for the club in a 4–2 Premier League win over Crystal Palace at Selhurst Park on 29 October. Matip was voted as Standard Chartered Player of the Month for his performances in November.

Matip was withdrawn from the fixture against Manchester United on 15 January 2017, as Liverpool were yet to get full clarity from FIFA over his eligibility, and also as a result of the Cameroon Football Federation failing to confirm that Matip can therefore play club football during the 2017 Africa Cup of Nations. Overall, Matip was considered as a key player to improving Liverpool's defence, which had received extreme criticism prior to the season, during the 2016–17 season.

On 1 October 2017, Matip was criticized for his poor performance against Newcastle United, being deemed at fault for Newcastle's goal. On 4 November, Matip scored his first goal of the 2017–18 season, scoring in a 4–1 win over West Ham United at the London Stadium. On 27 January 2018, Matip scored an own goal in a 2–3 home defeat to West Bromwich Albion in the fourth round of the FA Cup. On 31 March, during the match against Crystal Palace, Matip suffered a thigh injury. On 3 April, Liverpool announced that he would have to undergo surgery to fix it, and that he will miss the rest of the season.

Matip suffered another muscle injury in July 2018 during a tour of the United States, but recovered to be named an unused substitute in a 2–0 away win over Crystal Palace on 20 August.

On 13 December 2018, Matip suffered a broken collarbone after the 1–0 win against Napoli. The injury saw him miss another 6 weeks of the season. Despite the showing of interest by new Fulham manager Claudio Ranieri, Matip remained at Liverpool for the rest of the season, establishing himself in the starting eleven. On 1 June 2019, Matip assisted Divock Origi's goal in the 87th minute of the 2019 UEFA Champions League Final, which saw Liverpool defeat Tottenham 2–0 to win the title.

Matip was called up on 23 December 2009 by Cameroon for the 2010 Africa Cup of Nations but he later declined to take part in the tournament.

On 2 March 2010, aged 18, Matip opted to play his international football for Cameroon, after meeting up with the national team ahead of a friendly against Italy on 3 March 2010. He made his first appearance in the match against Italy and went on to play in the 2010 FIFA World Cup for Cameroon. He was also part of the Cameroon national football team for the 2014 FIFA World Cup where he played twice and scored against the host team Brazil.

In January 2017, Matip was selected for the 2017 Africa Cup of Nations but rejected the call-up. It was later revealed that Matip retired from the national team when he was still at Schalke, but had not followed FIFA procedure by informing the Cameroonian Football Association via letter. While the confusion was cleared up by FIFA, Matip could not play for Liverpool. He subsequently missed a Premier League tie against Manchester United and an FA Cup third round match against Plymouth Argyle. Without his presence, Cameroon won the tournament.

Matip cited his reason for his resignation was his unhappiness with the national team set up and his bad experience with the coaching staff.

Matip was born to a German mother and former Cameroonian footballer Jean Matip. He is the brother of the fellow Cameroon international Marvin Matip and is a cousin of Joseph-Désiré Job. He attended the Gesamtschule Berger Feld.