Born in Exeter, he was the nephew of tenor saxophonist Ronnie Scott. At the time of his death, Lane was living in south Birmingham, where he worked in health industry-related publishing. His location frequently provided settings for his fiction.

The majority of Lane's short stories can be categorised as horror or dark fantasy, and he cited Robert Aickman, Ramsey Campbell and M. John Harrison as influences on his fiction. His short stories were usually published in small-press books and magazines. Lane's work was also anthologized by both Karl Edward Wagner (in Wagner's The Year's Best Horror Stories series) and Stephen Jones (in Jones' Best New Horror series). Much of Lane's fiction is set in Birmingham and the Black Country. Lane's novels are more overtly mainstream. From Blue to Black (2000) is a portrait of a disturbed rock musician, whilst The Blue Mask (2003) follows the aftermath of a brutal and disfiguring attack.

Something Remains, edited by Peter Coleborn and Pauline E. Dungate (Alchemy Press, 2016), is a collection of stories by other hands "based on and inspired by the notes left by Joel Lane". This Spectacular Darkness, edited by Mark Valentine and John Howard (Tartarus Press, 2016), is a collection of his critical essays on fantasy and horror fiction, together with appreciations of his work.

Lane addressed the Birmingham Science Fiction Group in March 2002. Together with his friend Steve Green, he was a guest speaker at Microcon 30, which was held at Lane's former alma mater, Exeter University, in March 2010.

Lane was described in an obituary as "a passionate supporter of equality and a tireless scourge of fascism"., and was strongly opposed to the politics advocated by Tony Blair and New Labour. He joined the Socialist Party in 2009 and contributed to its newspaper, The Socialist, and its journal, Socialism Today.

The contents of this page are sourced from Wikipedia article on 31 May 2020. The contents are available under the CC BY-SA 4.0 license.
View Joel Lane 's image gallery
Image Gallery

Speaker of the House of Commons under Queen Elizabeth I

Scholar and writer of Elizabethan England 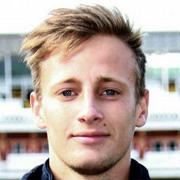