Joseph Graham Sugg (born 8 September 1991) is an English YouTuber, actor, singer, and author. In August 2012, he began posting videos on the YouTube channel ThatcherJoe, currently at 7.8 million subscribers. In 2018, he was a finalist on the sixteenth series of Strictly Come Dancing, and in 2019, he portrayed the role of Ogie Anhorn in the West End production of Waitress.

Sugg created his "ThatcherJoe" channel in November 2011 and reached the 1 million subscriber mark two years later. He created a "YouTuber Innuendo Bingo", similar to the BBC Radio 1 segment, and was later invited to appear on the Radio 1 segment himself.

Sugg made an uncredited cameo voiceover as a seagull along with housemate Caspar Lee, comedian Alan Carr and singer Stacey Solomon in the 2015 UK version of the film The SpongeBob Movie: Sponge Out of Water. Also in 2015, Sugg appeared alongside Caspar Lee in the direct-to-DVD film Joe and Caspar Hit the Road, which was shown on British television channel E4 in April 2016. A second DVD, Joe & Caspar Hit the Road USA, was released in 2016. Alongside fellow YouTubers Alfie Deyes and Marcus Butler, Sugg starred in an episode of the British television show Release the Hounds. The episode aired on 2 March 2017. Sugg voiced Gus in the UK version of Wonder Park (2019).

In 2018, Sugg became the first "social media star" to appear on Strictly Come Dancing, and was partnered with professional dancer Dianne Buswell. The pair reached the finale and finished as runners up. Shortly after the 2018 final of Strictly Come Dancing, the BBC announced Sugg as co-presenter of New Year Live alongside Stacey Dooley. On 22 February 2019 Sugg co-hosted The One Show, on BBC One, alongside Alex Jones with guest Mathew Morrison. On 25 February it was announced that Sugg would be one of the hosts for the Red Nose Day telethon on the BBC on 15 March 2019.

Sugg was a guest on the BBC One cooking show, Saturday Kitchen on 6 April 2019. The following month it was announced that he would guest star on the Cartoon Network show, The Amazing World of Gumball in the role of Azreal. In July, Sugg announced via Instagram that he would have a cameo voiceover as a character called Pizza Boy in the 2019 film A Shaun the Sheep Movie: Farmageddon. Then in 2020, he appeared as a contestant on The Great Stand Up to Cancer Bake Off.

Sugg is the author of the graphic novel Username: Evie, published in 2015 by Hodder & Stoughton. The writing is by Matt Whyman, with artist Amrit Birdi, colourist Joaquin Pereyra, and letterer Mindy Lopkin. The story tells of bullied teenage schoolgirl Evie, who dreams of a place she can be herself. Her terminally ill father creates a virtual reality for her but dies before it is completed. After he leaves her an app that allows entry, Evie is transported into a world where everything is influenced by her personality. A second graphic novel, Username: Regenerated, was published in 2016 as a sequel to Username: Evie. In 2017, Sugg announced a third and final graphic novel in the "Username" series titled Username: Uprising. It was released on 21 September 2017.

In late 2016, Sugg and his sister Zoe released a range of branded merchandise called 'Sugg Life', created in collaboration with The Creator Store, a company owned by Alfie Deyes and Dominic Smales. The term 'Sugg Life' is a play on 'Thug life', a phrase popularised by Tupac Shakur and more recently an internet meme. The online shop offered a range of products such as hoodies, stickers and phone cases. In August 2017, The Creator Store opened a pop-up shop in Covent Garden which, for ten days, sold limited edition 'Sugg Life X PB' merchandise; a collaboration of Sugg Life and Deyes' 'Pointless Blog' brands. The Sugg Life online shop became inactive in May 2018.

Sugg was a member of the YouTube Boyband that raised money for Comic Relief and was featured in The Guardian. He also featured on the 2014 single "Do They Know It's Christmas?" as part of the Band Aid 30 charity supergroup, raising money for the Ebola virus epidemic in West Africa. On 31 January 2020, Sugg released his debut single, "Say It Now".

In August 2019, Sugg was cast as Ogie Anhorn in the musical Waitress in London's West End. He debuted in the role on 9 September 2019, and gave his final performance on 30 November 2019.

From 8 September 2018, Sugg participated in the sixteenth series of Strictly Come Dancing, partnered with Australian dancer Dianne Buswell. In the final on 15 December, they were runners-up.

Sugg, along with his professional dancing partner Dianne Buswell, joined the Strictly Come Dancing Live! Tour lineup. The two made Strictly Live Tour history by winning 25 shows in a row against six other couples, later becoming the overall tour winners having won 28 of the 29 shows. The tour started on 18 January 2019 and ended on 10 February.

The name of Sugg's YouTube channel is derived from his apprenticeship as a roof thatcher. He is the younger brother of Zoe Sugg, who is also a blogger and internet personality, known on YouTube as Zoella.

Sugg has been in a relationship with Dianne Buswell, his dancing partner from Strictly Come Dancing, since late 2018.

He is an ambassador for the charity Age UK. 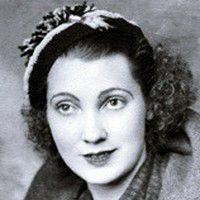