Joe Schobert (born November 6, 1993) is an American football linebacker for the Jacksonville Jaguars of the National Football League (NFL). He was selected by the Cleveland Browns in the fourth round during the 2016 NFL Draft. Schobert played college football at the University of Wisconsin-Madison where he won the Jack Lambert Trophy in 2015 as the nation's best linebacker.

Schobert mainly played running back and when needed played safety in high school, in addition to returning punts and kicks. As a junior, he was a part of the Waukesha West team that won the WIAA Division 1 state title. During the championship game he set the rushing record with 296 yards on 38 carries. In his senior season, he rushed for 1,452 yards with 23 touchdowns.

Schobert was not rated or ranked by any of the major college ranking systems. He didn't receive any NCAA Division I scholarship offers. He wanted to play for the Wisconsin Badgers but was originally told he could tryout after the 2012 season started. Due to the lack of interest shown by Wisconsin, the only Division I football program in the state, he planned to attend Division I FCS University of North Dakota and join the Fighting Hawks as a walk-on.

In July 2012, Schobert's outstanding performance in the WFCA Large School All-Star Game in which he played running back, safety and kick returner, tallying 145 all-purpose yards, two tackles, two pass-breakups and an interception caught the attention of Kenosha Bradford football coach Jed Kennedy. When he learned that Schobert's only opportunity to play Division I college football was as a walk-on at North Dakota, he contacted people he knew in the University of Wisconsin athletic department. The day before Schobert was to depart for Grand Forks, North Dakota, Badgers head coach Bret Bielema offered him a preferred walk-on spot. In Schobert's own words: "They had a great coaching staff up there. I liked them. I thought I would have fit in, but Madison offered at the last second. It was a dream come true for a Wisconsin kid, so I had to jump on it. The rest has been history."

Schobert attended the University of Wisconsin-Madison, a member of the Big Ten Conference, where he played outside linebacker for the Wisconsin Badgers football team from 2012 through 2015.

During his freshman season Schobert played in five games but recorded no statistics. However, he was named 2012 Defensive Scout Team Player of the Year and brought on scholarship as a result.

As a sophomore Schobert played in all 13 games and started in one game, against Arizona State in which he recorded five tackles and one tackle for loss. He recorded 24 tackles, 2.5 tackles for loss, one sack and three passes defensed.

The 2014 season saw the Badgers replace all 4 starting linebackers from 2013. Schobert and Vince Biegel replaced the starting outside linebackers while Derek Landisch and Marcus Trotter replaced the starting inside linebackers. Schobert and Biegel were described as former teammate Marcus Trotter as exact opposites, he described Biegel as "a hamster on a wheel, man. He's just always running." while he said "Schobert is the exact opposite. He's very calm all the time."

Schobert had a breakout season in 2014, he started all 14 games. By the end of the season he ranked first on the team in pass breakups with seven, second on the team in tackles for a loss with 13.5 and fourth on the team in tackles with 69. As a result, Schobert was named a consensus honorable mention All Big Ten. Schobert was named Big Ten Defensive Player of the Week for week 8 after his defensive performance against Nebraska on November 15. Schobert tallied 11 tackles, 2.5 tackles for loss, 0.5 sacks, 1 pass defensed and fumble recovery.

At the end of the season Schobert was named Honorable mention All-Big Ten.

2015 saw the Badgers replace the starting inside linebackers again while Schobert and Biegel started opposite one another again. While Biegel was named to numerous preseason award watchlists Schobert was not. Nonetheless Schobert was named as a semifinalist for the Bednarik and Lombardi Awards in addition to the Lott IMPACT Trophy watch list.

In Wisconsin's season opener against Alabama, Schobert led the Badgers in total tackles with 13 and added four tackles for a loss and two sacks.

He was named Big Ten co-Defensive Player of the Week after week 5 after the Wisconsin-Iowa game in Madison where Iowa defeated Wisconsin 6–10. During the game Schobert recorded 8 tackles, 3.5 tackles-for-loss, 3 sacks, 5 QB hurries, 2 force fumbles, 1 fumble recovery. He shared Defensive Player of the Week with Iowa defensive back Desmond King who had nine tackles and two interceptions

Against Maryland in week 7 Schobert relived on his high school days at tailback when he rushed for 57 yards on a fake punt on 4th and one.

In late November he accepted an invitation to play in the 2016 Senior Bowl which will be played at Ladd–Peebles Stadium in Mobile, Alabama. At the end of the regular season Schobert was named the Big Ten Butkus–Fitzgerald Linebacker of the Year in addition to being named First Team All-Big Ten by Coaches and Media. At the annual Badgers year-end honors banquet Schobert was the recipient of the Jimmy Demetral Team MVP award.

During the 2016 Senior Bowl Schobert played on the North team. Schobert bulked up for the game, weighing in at 247 lbs, 11 lbs heavier than his official weight on the Badgers roster. ESPN's Kevin Weidl commented on Schobert being a "savvy" pass rusher and that he "holds up well in space". WGN Radio Bears Insider Adam Hoge reported that Schobert's weight gain seemingly didn't affect his agility, his technique was exceptional during practices and he was "doing everything right in practices and has looked good in coverage".

During the Senior Bowl, Schobert's teammate K.J. Dillon blocked a 33-yard field goal attempt by Ross Martin, Schobert was able to recover the ball and return it for 73 yards to the opposition's 6-yard line before being tackled by Jerell Adams.

Coming out of Wisconsin, Schobert was projected to be a third- or fourth-round pick by the majority of NFL draft experts and scouts. He received an invitation to the NFL combine and completed all the combine and positional drills. On March 9, 2016, he participated at Wisconsin's pro day and chose to perform only the vertical and broad jumps, improving on them both. Team representatives and scouts from 25 NFL teams were present to scout Schobert, Alex Erickson, Derek Watt, Joel Stave, Tyler Marz, and six other Wisconsin prospects for Wisconsin's pro day. Schobert was ranked the 12th best outside linebacker prospect available in the draft by NFLDraftScout.com and was ranked the 12th best linebacker by Sports Illustrated.

The Cleveland Browns selected Schobert in the fourth round (99th overall) of the 2016 NFL Draft. He was the 12th linebacker selected in the draft.

On June 8, Schobert signed a four-year contract worth about $2.97 million, which included a signing bonus worth about $634,000.

He competed with Paul Kruger, Barkevious Mingo, Nate Orchard, and Emmanuel Ogbah for the starting outside linebacker job. The Cleveland Browns released veteran Paul Kruger and traded Barkevious Mingo to the New England Patriots after Schobert showed promise throughout training camp and named the backup right outside linebacker behind Emmanuel Ogbah.

He made his professional regular season debut during the Cleveland Browns' season-opening 10-29 loss to the Philadelphia Eagles, finishing with a solo tackle and a pass deflection. The following week, he earned his first career start and made one tackle in a 20-25 loss to the Baltimore Ravens. On October 30, 2016, Schobert made his third start and recorded three combined tackles and was credited with a half a sack when he made the first of his career on New York Jets' quarterback Ryan Fitzpatrick. The Browns went on to lose to the Jets, 28–31. He finished his rookie season with 28 combined tackles (19 solo), a half a sack, and a pass deflection in four starts and 16 games.

Schobert competed with Tank Carder for the starting middle linebacker position after defensive coordinator Ray Horton was fired and new defensive coordinator Gregg Williams replaced his 3-4 base with a 4-3. He started the Cleveland Browns' season-opening 18-21 loss to the Pittsburgh Steelers and finished with nine combined tackles. On October 15, 2017, Schobert recorded 13 combined tackles as the Browns were defeated by the Houston Texans, 17–33. Schobert started all 16 games at middle linebacker, finishing tied for first in the NFL with 144 tackles with Bills' linebacker Preston Brown and Packers' linebacker Blake Martinez. On January 16, 2018, he was named to his first Pro Bowl as a replacement for the injured Ryan Shazier.

In Week 3 against the New York Jets, Schobert made a game clinching interception to help give the Cleveland Browns their first win since December 24, 2016. In Week 4 against the Oakland Raiders, Schobert made 14 tackles and sacked quarterback Derek Carr once.

On April 15, 2020, the Jacksonville Jaguars signed Schobert to a five-year, $53.75 million contract that includes $21.50 million guaranteed and a signing bonus of $12 million.

Schobert was raised in Waukesha, Wisconsin. He got engaged to his long-time girlfriend Megan McDonnell in March 2017 in front of the Eiffel Tower, and the couple married in July 2018.

The contents of this page are sourced from Wikipedia article on 14 Aug 2020. The contents are available under the CC BY-SA 4.0 license.
View Joe Schobert 's image gallery
Image Gallery 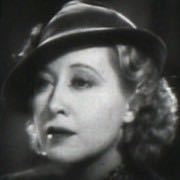 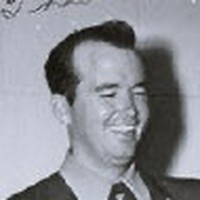