Joe Lynn is a Tony Award winning American theatrical Property master who worked primarily on Broadway. He is best known for creating the properties on the original Broadway productions such as Death of a Salesman and Cat on a Hot Tin Roof. He began his career in props in 1915.

In 1949, Lynn received the Tony Award for Best Stage Technician for his work as the master propertyman on Miss Liberty. To date, he is the only propertyman to have won a Tony Award.

In 1955, Ming Cho Lee was an unpaid assistant to Jo Mielziner. Cat on a Hot Tin Roof had a particularly tricky bar unit. Joe Lynn told him he would have to build it as they would never be able to find one to buy. Lee drew it so accurately that Lynn could build it directly from the drawing. Lynn told Mielziner, "This kid is OK. I can build from this drawing," which led to Lee's first paid job as a second assistant to Mielziner. 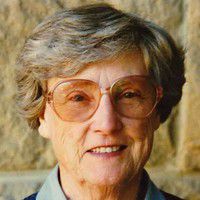