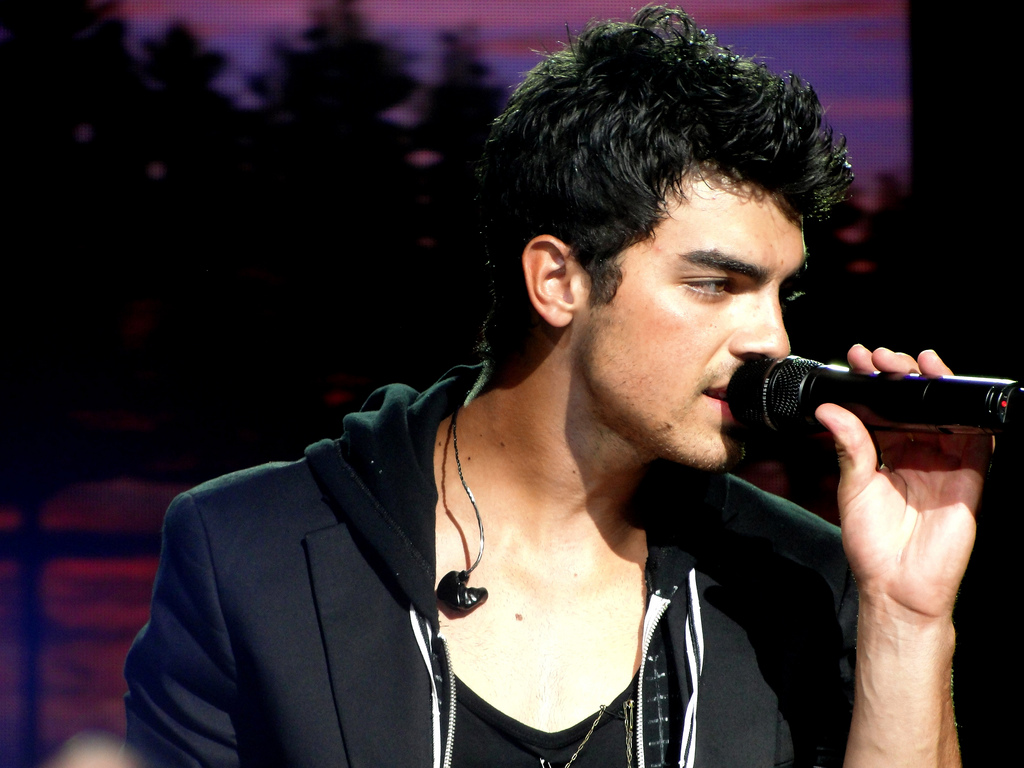 Joseph Adam "Joe" Jonas (born August 15, 1989) is an American singer and actor. Jonas first rose to fame as a member of the pop-rock band Jonas Brothers, along with his brothers Kevin and Nick. The band's debut album, It's About Time (2006), was a commercial failure following a limited release. The group signed with Hollywood Records, and in 2007 released their eponymous second studio album. The album went on to be a commercial success for the group, selling over two million copies in the United States alone. The group became heavily involved with the Disney Channel and later made their film debut in the Disney Channel Original Movie Camp Rock (2008). The film and its soundtrack became a major hit for the network and helped propel the brothers into further commercial success. Their third studio album, A Little Bit Longer (2008), became their first to top the Billboard 200 and went on to become their highest selling album to date. The album's lead single became a top five hit in the United States. Their fourth studio album, Lines, Vines and Trying Times (2009) became their second to top the charts in the United States. The brothers also starred in two of their Disney Channel series from 2009 to 2010, being JONAS L.A. and Jonas Brothers: Living the Dream. In 2010, the group starred in Camp Rock 2: The Final Jam, reprising their roles from the original film.

Joe release his solo debut studio album, Fastlife, in 2011, with the singles "See No More" and "Just in Love". The following year, it was confirmed that the Jonas Brothers would be reuniting and the fifth studio album was entitled V. But, in 2013, the Jonas ended the band and the album was cancelled. Following his departure from the band, Jonas began working as a songwriter for various artists. He began working on a new musical project for himself, though was unsure whether it would be his second studio album or a new project for a band. He ultimately decided to form a new band, DNCE, which made their debut with the single "Cake by the Ocean" (2015).

Joseph Adam Jonas was born in Casa Grande, Arizona on August 15, 1989. He is the son of Denise (née Miller) and Paul Kevin Jonas. Jonas' father is a songwriter, musician, and former ordained minister at an Assemblies of God church while his mother is a former sign language teacher and singer. Joe has an older brother, Kevin Jonas, and two younger brothers - Nick Jonas and Frankie Jonas. Growing up in a Christian family, Jonas has spoken on his religious beliefs by saying "I believe in God, and that's a personal relationship that I have, but I'm not religious in any way." In 2002, Joe appeared in Baz Luhrmann's production of La bohème. Joe performing in Bessemer with the Jonas Brothers, in 2007.

In 2005, Joe, Kevin, and Nick recorded "Please Be Mine", their first song recorded. Upon hearing the song, the Columbia Records president Steve Greenberg decided to sign the brothers as a group. They considered naming their group "Sons of Jonas" before settling on the name Jonas Brothers. While working on their debut studio album, the band toured throughout 2005 with artists such as Jump5, Kelly Clarkson, Jesse McCartney, the Backstreet Boys, and The Click Five among others. The group released their debut single, "Mandy", in December 2005. The album was initially scheduled for a February 2006 release date, though executive changes at Columbia's parent company Sony led to numerous delays on the project's release. During this time, the group began making appearances on various Disney Channel related soundtracks and toured with Aly & AJ throughout 2006. The band's debut album, It's About Time (2006), was released on August 8, 2006. The album received little backing from the label, who had no further interest in promoting the band. During its initial run, the album only received a limited release of 50,000 copies. The album's second single, "Year 3000", had its music video premiere on the Disney Channel in the beginning of 2007. Dissatisfied with how the release of the record was handled, the band hoped to depart from Columbia Records and find a new label; it was later confirmed in 2007 that the group had been dropped by the label. The album went on to sell a total of 67,000 copies in the United States.

Only a short period of time after their departure from Columbia Records, it was confirmed that the group had signed a new contract with Hollywood Records. While working on their new album, the group continued to gain popularity due to soundtrack appearances and promotional appearances. The group released their self-titled second studio album through Hollywood Records on August 7, 2007. The album entered the top five of the Billboard 200 in the United States, going on to sell over two million copies in the country. Joe and his brothers made their acting debut on an August 17 episode of the Disney series Hannah Montana titled "Me and Mr. Jonas and Mr. Jonas and Mr. Jonas". The band performed the collaboration "We Got the Party" with lead actress Miley Cyrus, with the episode gaining over ten million viewers and became basic cable's most watched series telecast ever. The group's single "S.O.S" became their first top twenty hit on the Billboard Hot 100, and has sold over 1.5 million copies in the country. In May 2008, he and the band began starring in their own Disney series Jonas Brothers: Living the Dream. Jonas made his film debut along with his brothers in the Disney Channel film Camp Rock (2008). The film's soundtrack was released on July 17, 2008, and sold 188,000 copies in its first week of release in the United States. Joe recorded the duet "This Is Me" for the project, with the song reaching the top ten of the Billboard Hot 100 chart. The song served as Jonas' first release outside of the Jonas Brothers. It has sold just over 900,000 copies in the United States. The Jonas Brothers' third studio album, A Little Bit Longer, was released in the United States on August 12, 2008. The album became their first to debut at number one on the Billboard 200 chart, selling over 525,000 in its first week of release. The album went on to sell over two million copies in the United States, making it their second multi-platinum album. The album was preceded by the release of the single "Burnin' Up" (2008), which became the band's first top five hit in the United States. Joe and his brothers starred in the 3D biopic Jonas Brothers: The 3D Concert Experience, which received a theatrical release on February 27, 2009. The film was a financial success and is the sixth highest-grossing concert film.

Jonas starred with all three of his brothers their second Disney Channel series, JONAS, which made its debut on May 2, 2009. The show's second and final season aired under the name Jonas L.A. The band released their fourth studio album, entitled Lines, Vines and Trying Times, on June 16, 2009. The project debuted at the top spot on the Billboard 200, boasting first week sales of 247,000 copies. The album failed to match the hype of their previous efforts, failing to cross the one million copies mark in the United States. Joe was featured as a guest judge on a January 2010 episode of the ninth season of the singing competition American Idol. In February 2010, Jonas made a cameo appearance in Vampire Weekend's music video for "Giving Up the Gun" along with Jake Gyllenhaal, Lil Jon, and RZA. He later guest starred in a 2010 episode of Hot In Cleveland as Valerie Bertinelli's son, Will. Jonas starred in the sequel Camp Rock 2: The Final Jam.

Joe (center) with his brothers Nick Jonas (left) and Kevin Jonas (right) in 2012.

In 2011, it was announced that Jonas was planning on recording a solo album. Jonas hoped to incorporate elements of funk into the album, though was pressured by Hollywood Records to make a more R&B influenced album similar to releases from Justin Timberlake. Jonas released the album's lead single, titled "See No More", on June 3, 2011. The single failed to have much commercial success, only reaching ninety-two on the Billboard Hot 100 chart. On August 4, 2011, Jonas announced via Twitter that he would join Britney Spears on her European tour starting October 16, 2011. Ryan Seacrest premiered the album's second single, "Just in Love", on September 9, 2011. The single was later remixed to include rapper Lil Wayne, though it failed to achieve commercial success. Jonas later confirmed the album to be titled Fastlife. In support of the album, Joe co-headlined with Jay Sean in the Joe Jonas & Jay Sean Tour with JoJo as the opening act. The tour kicked off on September 9, 2011, and concluded on October 6, 2011. Fastlife was released through Hollywood Records on October 11, 2011. The album sold a total of 18,000 copies in its first week of release, debuting at number fifteen on the Billboard 200. The album quickly fell off of the albums chart, going on to sell a mere 45,000 copies by 2015. On May 2, 2012, it was announced that both the Jonas Brothers and Joe Jonas had parted ways with Hollywood Records.

It was confirmed in April 2013 that the Jonas Brothers would reunite to begin working on their fifth studio album and an upcoming tour. Kevin Jonas later starred in his own E! reality series, Married to Jonas, which focused on his marriage to new wife Danielle. The show featured appearances from Joe and Nick and documented the band's preparations for their musical comeback. That same year, Jonas participated in Fox's dating game show The Choice. Jonas began dating model Blanda Eggenschwiler in September 2012, with the two dating until July 2014. Jonas co-wrote the song "Dreams" for the John Legend album Love in the Future (2013). The brothers performed in Russia in September 2012, making it their first live performance since their 2010 tour. Their much-anticipated reunion concert, which had been announced in August 2012, took place on October 11, 2012, at Radio City Music Hall in New York City. The band's fifth studio album, set to be released independently through their own label, was slated for release in 2013. The Jonas Brothers also announced an upcoming North American tour, with tickets going on sale. The album, initially titled V, was preceded by the release of the singles "Pom Poms" and "First Time". On October 9, 2013, the group cancelled their upcoming tour days before it was slated to start, citing a "deep rift within the band" over "creative differences". Only days later, it was confirmed that the band had officially ended.

With the band officially broken up, Jonas began working on a new musical project with producers such as Malay and Mattman & Robin. While working on the project, Jonas was unsure whether he wanted to record a second studio album or start a new band. Upon working with Justin Tranter on multiple songs, Jonas decided to form a band with his friends and former touring partners Jack Lawless and JinJoo Lee. Cole Whittle, a member of the alternative rock band Semi Precious Weapons, became the fourth and final member of the group. The group named themselves DNCE, a misspelling of the word dance. DNCE released their debut single, "Cake by the Ocean", in 2015. Their debut extended play was released in October 2015. It debuted at number seventy-nine on the Billboard 200 chart in the United States. 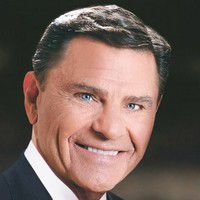