After graduating from the Puerto Rico Baseball Academy and High School, the Indians selected Colón in the 12th round of the 2009 MLB draft. He missed the 2010 season due to injury. He spent the next three seasons pitching for the Lake County Captains of the Class A Midwest League and the Carolina Mudcats of the Class A-Advanced Carolina League. He reached the Akron Rubberducks of the Class AA Eastern League in 2014.

In 2015, the Indians converted Colón from a starting pitcher into a relief pitcher. He spent the 2015 season with Akron and the Columbus Clippers of the Class AAA International League. A minor league free agent after the 2015 season, the Indians resigned Colón with a non-roster invitation to spring training in 2016. That offseason, Minor League Baseball announced Colón failed a test for a "drug of abuse" for the second time, and would be suspended for the first 50 games of the 2016 season.

The Indians purchased Colón's contract and added him to the 40-man roster on July 2, 2016. The Indians promoted Colón to the major leagues on July 7. 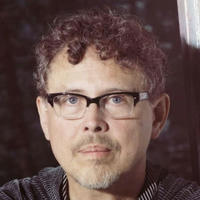