Joanne Barker (Lenape, citizen of the Delaware Tribe of Indians) became a faculty member within the American Indian Studies Department at San Francisco State University, in 2003. Much of her work focuses on indigenous feminism and the sovereignty and self determination of indigenous peoples. Her work takes a transnational approach, making connections between and across the borders of countries. Barker makes historical and scholarly connections between the oppression and resistance of marginalized communities. An example of this transnational approach can be seen by the work that Barker has done to show connections in the struggles of Palestinians in Israel and indigenous communities in the United States.

Joanne Barker received her PhD in the History of Consciousness Department from the University of California, Santa Cruz, in 2000 where she specialized in indigenous jurisprudence, women's/gender studies, and cultural studies. Barker is a professor of American Indian Studies at San Francisco State University.

In her work as an advocate for Native Americans, Barker has drawn connections between the oppression of Native American communities in the United States of America and Palestinians. She began drawing parallels between the two groups of peoples after a 2014 delegation trip to Israel, where Palestinian activist Leila Khaled "defined solidarity as a strategy of connecting struggles of the people in the U.S. against U.S. imperialism and colonialism to the struggles of Palestinians against Israel". Barker also advocates for cultural repatriation rights, human rights, anti-war politics, and environmental issues. With environmental issues, Barker specifically focused on energy policies and conservation issues in relation to indigenous tribes in California. She covers some of her advocacy in her blog, Tequila Sovereign, where she also discusses current events, her scholarship, and artwork.

Joanne Barker is the author of one book and the editor of two books of essays. She has made the majority of her published work available to the public through her Academia.edu account. [1] Her forthcoming book, The Red Scare: The Empire's Indigenous Terrorist, is contracted through University of California Press, but not published. In this book she will be exploring the ways that racist and misogynist representations of indigenous people cause them to be seen as "terrorists," and a threat to the social order of the United States of America and Canada.

Barker is the editor of Critically Sovereign: Indigenous Gender, Sexuality, and Feminist Studies. The essays in this book deal with the overarching theme of the ways that gender is an inextricable part of colonialism and imperialism within the United States and Canada. Throughout this book there are also discussions of the role that gender, sexuality and feminism play in movements towards indigenous sovereignty. This book was published in 2017 through Durham and London: Duke University Press.

Native Acts: Law, Recognition, and Cultural Authenticity was published in 2011 by Durham and London: Duke University Press. In this book, Barker discusses the way that indigenous people must look and act in certain ways to earn federal recognition from the United States. Barker argues that these acts of "cultural authenticity" often reproduce social injustices (racism, homophobia, sexism, etc.) that are fundamental to American nationalism.

Barker edited the book Sovereignty Matters: Locations of Contestation and Possibility in Indigenous Struggles for Self-Determination, which was published in 2005 by Lincoln: University of Nebraska Press. This book is a collection of essays by indigenous people from the Americas and the Pacific Islands. This book discusses sovereignty as political, cultural, and intellectual- expanding beyond just the relationship between indigenous groups and their colonized states. 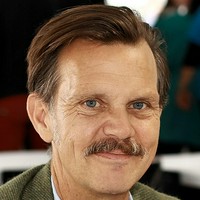