Joanna Scanlan (born 27 October 1961) is an English actress and screenwriter. She is best known for her roles in various British comedy series, such as The Thick of It, Getting On, Puppy Love, No Offence and Bridget Jones's Baby.

Scanlan was born in West Kirby, Cheshire. The daughter of hoteliers, she moved to Wales with her parents at the age of three, where her parents later bought the Ruthin Castle hotel. She was educated in Denbigh, and then studied history at Queens' College, Cambridge. She then joined the Cambridge Footlights, where she became friends with Tilda Swinton.

After graduation, Scanlan joined the academic staff of Leicester Polytechnic lecturing in drama for five years, before she undertook a similar role at the Arts Council of Great Britain for three years.

After the Arts Council of Great Britain broke up in 1994, at age 34 Scanlan decided to try her hand at professional acting, quickly gaining the role as a nurse in ITV1's Peak Practice. This formed some what of a theme in her early career, then playing a midwife in The Other Boleyn Girl with Natalie Portman and Scarlett Johansson, before playing a nurse again alongside Ade Edmondson's doctor in ill-fated Doctors and Nurses, and latterly Dr Diana Dibbs in Doc Martin with Martin Clunes.

Getting On is co-written by and stars Scanlan, Jo Brand and Vicki Pepperdine. Its first series received high praise from television critics across the board in the UK, with praise for the actors' performances, and for the realistic portrayal of an NHS hospital.

All three writers were nominated for the 2009 Royal Television Society Award for Best Writing in Comedy.

Both Scanlan and Brand were nominated for the 2010 BAFTA Television Award for Best Female Performance in a Comedy Role. 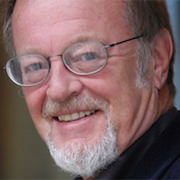