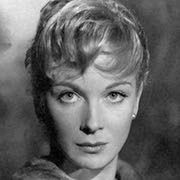 Greenwood was born in 1921 in Chelsea, London. Her parents were Ida (née Waller) and Sydney Earnshaw Greenwood (1887–1949), a portrait artist. Her education included studies at the Royal Academy of Dramatic Art.

Greenwood worked mainly on the stage, where she had a long career, appearing with Donald Wolfit's theatre company in the years following World War II. Later, after the war, her appearances in Ealing comedies are among her memorable screen appearances: Whisky Galore!; as the seductive Sibella in the black comedy Kind Hearts and Coronets (1949); and in The Man in the White Suit (1951). She opened The Grass Is Greener in the West End in 1952 and played Gwendolyn in a film version of The Importance of Being Earnest released in the same year.

She had leading roles in Stage Struck (1958) and then in Mysterious Island, an adaptation of a Jules Verne novel; and was nominated for the Golden Globe for Best Supporting Actress for Tom Jones (1963).

In 1960, Greenwood appeared as the title character in a production of Hedda Gabler at the Oxford Playhouse. Starring opposite her as Judge Brack was the actor André Morell. They fell in love and flew in secret to Jamaica, where they were married, remaining together until his death in 1978.

Greenwood appeared as Olga, alongside Spike Milligan in Frank Dunlop's production of the play Oblomov, based on the novel by Russian writer Ivan Goncharov. The play opened at London's Lyric Theatre on 6 October 1964. Greenwood was described as "a model of generosity and tolerance...the only person in the cast who could not be 'corpsed' by Milligan; although he tried very hard. She looked beautiful, and played the part of Oblomov's unfortunate lady with total integrity. 'She never left the script', says Milligan with a guilty smile of something between irritation and admiration. 'I just couldn't make her crack up. All the rest of us did. She never lost her dignity for a moment.'"

She played Lady Carlton, a quirky romance novelist and the landlady to the main characters, in the British sitcom Girls on Top (1985–86). Her last film was Little Dorrit (1988), released posthumously.

Greenwood married André Morell in 1960. Their son, Jason Morell, is an actor, writer and film/theatre director. In 1987, nine years after her husband's death, Greenwood died of a heart attack in London, less than a week before her 66th birthday.

The contents of this page are sourced from Wikipedia article on 27 Mar 2020. The contents are available under the CC BY-SA 4.0 license.
View Joan Greenwood 's image gallery
Image Gallery 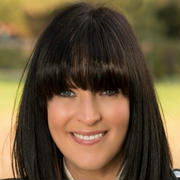 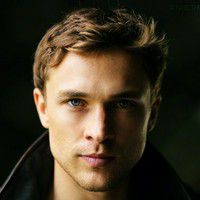