Evans's parents were Hollywood writers Dale Eunson and Katherine Albert. Her father wrote the book The Day They Gave Babies Away, which was made into the movie All Mine to Give (1957). She was named after actress Joan Crawford, her godmother.

Evans appeared in three movies with actor Farley Granger. Her first film with him was as the title role in Roseanna McCoy (1949), based on the real-life romance between two members of the Hatfield-McCoy feud. She gained the role after producer Samuel Goldwyn conducted a national talent search after the original star, Cathy O'Donnell, pulled out. Evans was only 14 years old when she started work on Roseanna McCoy, and her parents added two years to her age so she could claim to be 16 when the film was released.

Evans' film career was launched with her three pictures opposite Granger, including a supporting role in the drama Our Very Own (1950) and a featured part in the crime story Edge of Doom (1950).

She had top billing as a suicidal teenager in RKO's drama On the Loose (1951), then second billing to Esther Williams in an MGM musical comedy, Skirts Ahoy! (1952).

Goldwyn loaned her to Universal where she was third billed as Irene Dunne's daughter in It Grows on Trees (1952). She was Audie Murphy's leading lady in Column South (1953).

At Republic, she starred as the love interest of John Derek in a western, The Outcast (1954), and started appearing on TV shows like General Electric Theatre, Climax!, The Millionaire, Schlitz Playhouse, Cavalcade of America, Lux Video Theatre, Cheyenne, Wagon Train, 77 Sunset Strip and Zorro.

She had the lead in a crime film for Republic, A Strange Adventure (1956) and was reunited with Murphy for No Name on the Bullet (1959). For Sam Katzman she was one of The Flying Fontaines (1959).

Her final performances were in The Chevy Mystery Show, The Rebel, Outlaws, Tales of Wells Fargo, The Brothers Brannagan, Ripcord, and The Tall Man. Her last feature film was The Walking Target. Her last role was in the episode "The Killer Legend" of Laramie as Julie Wade.

In the 1950s, Evans wrote articles for Photoplay magazine. Beginning in May 1966, she was editor of Hollywood Studio Magazine, using her married name, Joan Evans Weatherly.

Evans became an educator, and in the 1970s she was the director of Carden Academy in Van Nuys, California.

When Evans was 17 years old, she announced that she would marry a car salesman named Kirby Weatherly.

Her parents asked Crawford to dissuade her from marrying, since Evans was so young, but Crawford not only gave the couple her blessing, she had the wedding ceremony performed right in her own house without having the parents present. Evans's marriage to Weatherly lasted, but the friendship between Evans's parents and Crawford ended.

In 1984, Joan Evans and her husband signed a tribute to Crawford in Daily Variety.

The contents of this page are sourced from Wikipedia article on 11 Feb 2020. The contents are available under the CC BY-SA 4.0 license.
View Joan Evans 's image gallery
Image Gallery 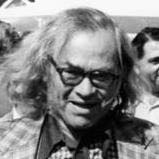 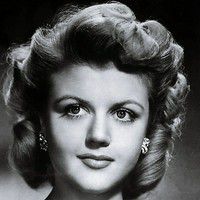