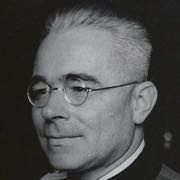 Joachim von Siegroth (25 December 1896 – 2 May 1945) was a general n the Wehrmacht of Nazi Germany during World War II. He was a recipient of the Knight's Cross of the Iron Cross. Siegroth was listed as missing in action during the Battle of Halbe in May 1945.

Towards the end of the war, Siegroth was nominated for the Oak Leaves. The Heerespersonalamt (HPA—Army Staff Office) received the nomination for the Oak Leaves from the commander-in-chief of the 9. Armee Theodor Busse via teleprinter message on 21 April 1945 announcing that a detailed statement with explanations will follow. This nomination went to the chief of the HPA in Berlin and to the Army Group Vistula. Major Joachim Domaschk noted on 28 April: "Waiting for announced statement!". The nomination list of the higher grade of the Knight's Cross of the Iron Cross with Oak Leaves notes the entry date of 19 March 1945. This is the date when the nomination was sent. An almost unreadable comment states "Waiting". According to Fellgiebel a note claims "service proposal regarding immediate presentation pending". Scherzer does not confirm this entry but states that a comment "Waiting for announced statement" is noted instead. No further comments indicate that the nomination was further processed. According to the Association of Knight's Cross Recipients (AKCR) the award was presented in accordance with the Dönitz-decree. This is illegal according to the Deutsche Dienststelle (WASt) and lacks legal justification.

The contents of this page are sourced from Wikipedia article on 10 Mar 2020. The contents are available under the CC BY-SA 4.0 license.
View Joachim von Siegroth 's image gallery
Image Gallery