Jo Weldon (born 1962), commonly known as Jo Boobs or Jo Boobs Weldon, is a performer, author, activist, and educator based in New York City. Weldon's body of work centers around stripping and striptease. She established and runs The New York School of Burlesque and wrote The Burlesque Handbook. She is an advocate for sex-worker rights and freedom of sexual expression.

After moving to New York in 1997, Weldon took part in burlesque shows at The Blue Angel and Coney Island and was inspired by performances from Angie Pontani, Bambi the Mermaid and Remy Vicious. Weldon's academic career includes a degree in Business Administration, with her graduate work in media ethics. During her internships, she worked writing summaries of House of Representatives activities and writing scripts for CNN.

Weldon's burlesque style spans classical burlesque to avant garde performance art. In her signature Godzilla act she strips from a monster costume to a mashup of Blue Öyster Cult's song "Godzilla" and sound clips from the original Godzilla movie. Weldon describes herself as "an absurdist and a surrealist as well as a lover of glamour." She has performed internationally and in unusual venues such as the New York Public Library, where she performed a tribute to Gypsy Rose Lee as part of the Gypsy Centennial celebration.

Weldon is co-executive director of education at the Burlesque Hall of Fame in Las Vegas, Nevada. She has judged and coordinated judging for the Hall's Miss Exotic World Pageant. In 2012 she was awarded the Sassy Lassy Award for Recognition of Outstanding Contribution to the Art of Burlesque.

Weldon was inspired by the sideshows and burlesque shows of Coney Island in the mid-1990s, and has moderated the Wild Women Panel, among others, as part of Coney Island's annual Congress of Curious People. Weldon has produced shows for Coney Island's Burlesque at the Beach series, including her annual Follies Fromage, a show based entirely on cheese, and the autobiographical God-Damned Women show. She is the coordinator and lead instructor of the Coney Island University Master Class in Burlesque.

Teaching and The New York School of Burlesque

Weldon is an educator and authority on the topic of burlesque. She is the founder, in 2003, and headmistress of The New York School of Burlesque. The school has taught disabled performers at DaDaFest in Liverpool, UK, and taught breast cancer survivors through its Pink Light Burlesque program.

Weldon is author The Burlesque Handbook (HarperCollins/ItBooks 2010), which developed from a compilation of her class handouts and from a 50-page ebook that she had already produced covering technique and performance. It has a foreword by comedian Margaret Cho.

From 2001 to 2010, Weldon produced the website G-Strings Forever, a collection of photographs and articles about stripping and burlesque. She maintained a LiveJournal account from 2004 to 2010 where she wrote extensively on burlesque, sex work, and women's issues. Since 2007 Weldon has written the burlesque blog Burlesque Daily. From 2010 to 2011, Weldon answered burlesque questions on her Formspring account. She writes a burlesque etiquette column for Pin Curl Magazine.

Weldon publishes essays and articles on the topics of stripping, sex-worker rights, burlesque history, and burlesque performance. She has consulted for, and was profiled in two webisodes of, the movie Burlesque.

Weldon supports and works for the rights of strippers and other sex workers. She has attended and spoken at academic conferences, including the 1999 Socialist Scholar's Conference, the American Philosophical Association Pacific Division Meeting, the International Congress on Prostitution, and the United Nations Beijing Plus Five Conference, where she lobbied for the adoption of the term "sex work" and for a distinction between forced and voluntary sex work. Weldon has written articles on sex work and sex worker rights. Weldon also toured with the Sex Worker Arts Show, and co-produced W.O.(e).R.D., Women of experience Read Downtown, a performance reading of literary works by undomesticated women.

The contents of this page are sourced from Wikipedia article on 23 Jun 2020. The contents are available under the CC BY-SA 4.0 license.
View Jo Weldon 's image gallery
Image Gallery 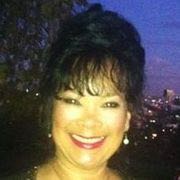 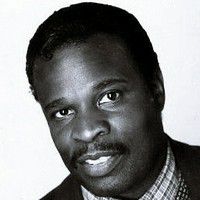