Harris's first acting role came in the drama series Run for Your Life (starring Ben Gazzara) in 1967 when she was 18 years old. Other guest-starring TV credits include Adam-12, Gunsmoke, The High Chaparral, The Virginian/The Men of Shiloh, Medical Center, Walt Disney's Wonderful World of Color, The Mod Squad, Adam-12, The F.B.I., Hawaii Five-O, Nakia, The Streets of San Francisco, The Love Boat, Fantasy Island, Vega$, B.J. and the Bear, Rich Man, Poor Man, Laverne & Shirley, and State of the Union. She was also a panelist on Match Game 77 for a week.

She played a co-starring role in the short-lived 1977 ABC police series Most Wanted (starring Robert Stack).

Her voice acting work includes the voice of Tina in the 1973 Hanna-Barbera animated series Goober and the Ghost Chasers, the animated film Oliver & Company (1988), and various episodic characters in The Simpsons.

She played Candy Cantwell, the interviewer, and Terri in 8 2008-2010 episodes of the show State of the Union.

Jo Ann Harris was married for many years to television and film writer/producer Jerry Belson. They had two children together, Julie and Willi. Harris was widowed when Belson died in 2006.

The contents of this page are sourced from Wikipedia article on 16 Sep 2020. The contents are available under the CC BY-SA 4.0 license.
View Jo Ann Harris 's image gallery
Image Gallery 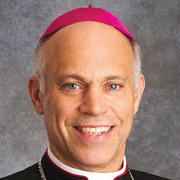