He was born in Hedensted, near Horsens, the son of showmaker Mads Nielsen (1843–87) and Elise Laursen (1854-31). He changed his name to Bregnø in 1913. He initially completed an apprenticeship as a joiner and woodcarver in Aarhus and then apprenticed as a stobenason in Stockholm from 1898. He worked as a decorative sculptor in stucco artist Hans Lamberg-Petersen's workshop in Copenhagen from 1902 to 1905 and then continued his studies in Italy, France and Germany until 1908.

In 1907-11, Bregnø created a number of ceramic works that were burnt in Patrick Nordström's workshop in Islev. He later created numerous statuettes for Bing & Grøndahl in collaboration with the company's artistic director Hans Tegner. He later also worked for Dahl-Jensen and Nathalie Krebs' Saxbo.

Bregnø also created unica works in his own name that were burnt at different workshops, including Saxbo in Herlev and Hjorth in Rønne on Bornholm. He also designed stoneware for Saxbo and silver for Kay Bojesen.

His studio was located at Haraldsgade 18 in the Nørrebro district of Copenhagen. He was a member of Kunstforeningen af 18. November.

A Hercules sculpture by Bregnø was installed in Nørrebroparken in 1936. It has later been moved to a new site in Fælledparken. His statue The Humane Nurse, a monument to Danish norses, was installed in front of Bispebjerg Hospital in 1941.

Bregnø joined the Danish Nazi Party on 28 August 1940. After the war he was blacklisted by former collaborators and received no commissions. He died on 26 March 1946 and is buried in Vestre Cemetery in Copenhagen.

The contents of this page are sourced from Wikipedia article on 24 Jun 2020. The contents are available under the CC BY-SA 4.0 license.
comments so far.
Comments
Reference sources
References
http://www.vejenkunstmuseum.dk/Dansk/samlingen/saxbo/15_nedtaelling/15-saxbo-nedtaellingsfortaellinger.html
http://www.kunstbib.dk/objekter/udstillingskataloger/Udst_D44603ti_1937.pdf
https://www.bispebjerghospital.dk/om-hospitalet/oplev/oplev-kunsten/Sider/Den-humane-sygepleje.aspx
http://www.gravsted.dk/person.php?navn=jjbregnoe
Trending today in 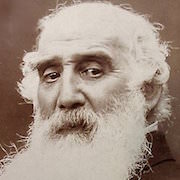