On 14 June 2016, Kok signed a one-year deal with Lavrio B.C. of the Greek Basket League. In February 2017, Kok signed with AVIS Rapla of the Estonian KML.

On 11 July 2018, Kok returned to his native country by signing with Dutch Windmills of the Dutch Basketball League (DBL). On 10 April 2019, Windmills withdrew from the DBL due to its financial problems.

On 25 April, Kok signed with Kangoeroes Mechelen. Mechelen was eliminated in the playoff quarterfinals as the eight seed.

On 14 May 2020, Kok signed a temporary contract with BG Göttingen of the German Basketball Bundesliga.

Kok represents the Netherlands national basketball team. On 30 July 2017, Kok was involved in an incident in which he was punched in the face by Italy's Danilo Gallinari during a friendly match.

The contents of this page are sourced from Wikipedia article on 19 Aug 2020. The contents are available under the CC BY-SA 4.0 license.
View Jito Kok 's image gallery
Image Gallery 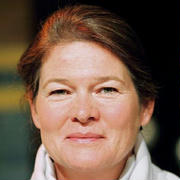