Kimura was born as Kinjiro Miyake (三宅 金治郎, Miyake Kinjirō). According to records, he was born on April 19, 1897, in the fishing village of Kamiukawa, the third of six children born to farmers Morizo and Fusa Miyake. According to Kimura's nephew, Tamotsu Miyake, Kimura was actually born on March 19, 1897, but his birthday was instead recorded as April 19, 1897, by mistake in 1955 when records from neighboring towns were consolidated and re-done. He finished school second in his class at age 14 and commenced working from local post offices around the age of 17.

In the 1920s, Kimura also worked as a government communications worker in Korea under Japanese rule. Upon returning from Korea, he married his neighbor, Yae Kimura (1904–1978). Since his wife's family lacked a male heir, he changed his name to Jiroemon Kimura, becoming the ninth member of the family to bear that name. He retired in 1962 at the age of 65, having worked in post offices for 45 years. After retiring he turned to farming until the age of 90.

Four of Kimura's siblings lived past the age of 90, and his youngest brother died at the age of 100. Kimura had 7 children (5 of whom survived him), 14 grandchildren (13 surviving), 25 great-grandchildren and 15 great-great-grandchildren. Kimura was health conscious and active. He woke up early in the morning and read newspapers with a magnifying glass. Also, he enjoyed talking to guests and followed live parliamentary debates on television. According to him, small portions of food (hara hachi bu) were the key to a long and healthy life. Kimura resided in Kyōtango, Kyoto Prefecture, with his eldest son's widow, 83, and his grandson's widow, 59.

On his 114th birthday on April 19, 2011, Kimura mentioned his survival of the 7.6 magnitude 1927 Kita Tango earthquake that hit Kyoto and killed over 3,000 people. Being born in the year 30 of the Meiji period, he lived in the reigns of 4 emperors, and during the premierships of 61 Japanese Prime Ministers, from Matsukata Masayoshi to Shinzō Abe.

In October 2012, Kimura was presented with a certificate from Guinness World Records Editor-in-Chief Craig Glenday, relating to Kimura's appearance in the 2013 edition of Guinness World Records book; this was the second year in a row Kimura was recognized as the oldest living man in the world, as he also appeared in the book the year before. During the meeting, Kimura said he spent most of his time in bed.

On his 116th and final birthday, Kimura received many well-wishes, including a video message from Japan's Prime Minister Shinzō Abe. He was hospitalized for pneumonia on May 11, 2013. On May 23, 2013, when James Sisnett of Barbados died, Kimura became the last verified living man born in the 19th century. He died of natural causes in the hospital in his hometown of Kyōtango, western Japan, at 2:08 a.m. on June 12, 2013. His funeral was held on June 14. He was succeeded as the World's Oldest Living Man by Spanish-American Salustiano Sanchez, who was more than four years younger. 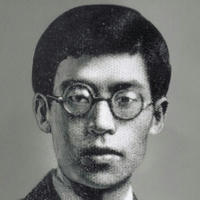