Jiří Welsch (Czech pronunciation: [ˈjɪr̝iː ˈvɛlʃ]) (born 27 January 1980) is a Czech professional basketball player with ČEZ Nymburk. Welsch has played in the National Basketball Association in the United States, having been drafted in 2002 by the Philadelphia 76ers.

Welsch began his professional career as a teenager with BK JIP Pardubice of the Czech Republic League, where he played until 1998. He then signed with CSA Sparta Prague of the Czech Republic League for the 1998–99 season, and then he moved to Union Olimpija Ljubljana of the Slovenian League, where he played until 2002. He was named the Slovenian League Most Valuable Player following the 2001–02 season campaign.

Welsch was drafted by the NBA's Philadelphia 76ers with the 16th selection of the 2002 NBA draft, but he was immediately traded to the Golden State Warriors for a future first-round draft pick and a future first- or second-round draft pick. He spent one season with the Warriors, averaging 1.6 points per game, 0.8 rebounds per game, and 0.7 assists per game in 37 games in the 2002–03 season before he was traded to the Dallas Mavericks, along with Antawn Jamison, Chris Mills and Danny Fortson, in exchange for Evan Eschmeyer, Nick Van Exel, Avery Johnson, Popeye Jones and Antoine Rigaudeau on 18 August 2003. Without ever playing a game for them, Welsch, along with Mills, Raef LaFrentz and a lottery-protected 2004 NBA Draft pick, was traded by Dallas to the Boston Celtics on 20 October 2003 in exchange for Antoine Walker and Tony Delk. Welsch started 68 games for the Celtics in the 2003–04 season, averaging 9.2 points per game.

In August 2006, Welsch decided to leave the NBA and he signed with the Spanish ACB league club Unicaja Málaga.

In July 2011 he signed a contract with Spirou Basket in Belgium. In 2012, he signed with ČEZ Nymburk. 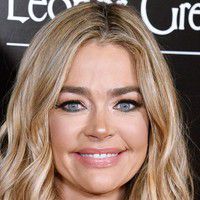 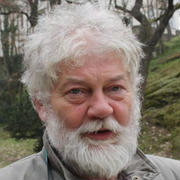