Jing Wang (born July 5, 1950) is Professor of Chinese media and Cultural Studies and S.C. Fang Professor of Chinese Language & Culture at Massachusetts Institute of Technology. She is jointly appointed to MIT's Comparative Media Studies and Global Studies & Languages.
Jing Wang is the founder and organizer of MIT’s New Media Action Lab. In spring 2009, Professor Wang launched an NGO2.0.
Professor Wang started working with Creative Commons in 2006 and serves as the Chair of the International Advisory Board of Creative Commons Mainland China. She was appointed to serve on the Advisory Board for Wikimedia Foundation in 2010. She serves on the editorial and advisory boards of ten academic journals in the US, Australia, Taiwan, Hong Kong, and the UK, which include journals such as Global Media and Communication; Advertising & Society Review; positions: east Asia cultures critique; Chinese Journal of Communication; Inter-Asia Cultural Studies Journal: Movements; The Chinese Journal of Communication and Society, etc.

With Tani Barlow, Cinema and Desire: Feminist Marxism and the Cultural Politics in the Work of Dai Jinhua. New York & London: Verso. 2002. Chinese Popular Culture and the State, a special issue for positions: east Asia cultures critique, 9:1 (spring 2001). [Nominated for the 2001 MLA Council of Editors of Learned Journals Award for the category of the Best Special Issue].

Jing Wang established a scholarship fund in at the University of Michigan School of Art & Design in 2001 to commemorate her daughter Candy R. Wei. Candy R. Wei was a talented young artist. Her signature work consists of three-dozen drawings, paintings, and woodblock prints that celebrate the moment of fertilization of the egg. The recipients of this fund made individual contributions to this site by submitting works inspired during their study abroad.

US Deputy Secretary of Commerce 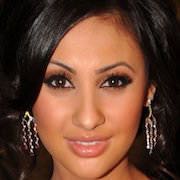