Jim Smith (defensive back)
The basics

James McCoy Smith (born November 4, 1946, Yazoo City, Mississippi) is a former American football defensive back in the National Football League for the Washington Redskins. He played high school football at Kearny High School (San Diego, California), and college football at the University of Oregon. He was nicknamed "Yazoo" because he was born in Yazoo City, Mississippi. He was an All-American his senior year (1967), and was drafted in the first round of the 1968 NFL Draft. He was the first defensive back taken in the draft, and the twelfth player overall.
He played all 14 games during his rookie season, but his career ended after one year because of a severe neck injury.
After his career was cut short, Smith sued the NFL and the Redskins in federal court on the grounds that the draft was a violation of the Sherman Antitrust Act. He argued that he would have gotten a better deal if he could have negotiated with all teams instead of just one. He also sued for personal injuries.
Smith was awarded treble damages in the amount of $276,600. The Redskins paid him $50,000 for his first season, and an additional $19,800 for an option year on his rookie contract, for a total of $69,800. However the district court found that he should have gotten a 3-year contract worth $162,200, like his free-agent veteran teammate Pat Fischer, who was also a defensive back. Smith's lawsuit was successful both at the federal district court level and appellate level and was eventually settled in 1979. In the meantime, the NFL agreed with the NFL Players Association to restructure the draft so it would no longer violate the antitrust laws. 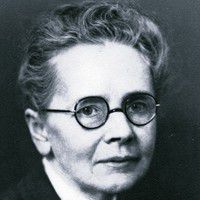