James "Jim" Richard Petersen (born February 22, 1962) is a retired American basketball player, and a current television analyst with Minnesota Timberwolves also associate head coach with the Minnesota Lynx of the WNBA. He played as either a power forward or a center.

Petersen, a St. Louis Park native, played high school basketball at St. Louis Park High School, being named Minnesota's Mr. Basketball in 1980, as well as being the first McDonald's All-American from the state of Minnesota.

Born in Minneapolis, Minnesota, he then went on to be a four-year letter winner at the University of Minnesota, and a member of the 1982 Big Ten Championship team that featured future NBA veterans Trent Tucker and Randy Breuer.

Petersen was selected by the Houston Rockets in the third round (51st overall) of the 1984 NBA Draft, alongside Hakeem Olajuwon. In the following four seasons, he played with the Texas club, backing up both Olajuwon and Ralph Sampson, who were known as the Twin Towers. In reference to his very light complexion, Petersen was affectionately known as "The Ivory Tower" during his time in Houston. Petersen played in 20 post-season games (averaging six points and six rebounds) as the team reached the NBA Finals, losing 2–4 to the Boston Celtics.

In the 1986–87 season, as Sampson began to struggle with injuries, Petersen achieved career-best averages of 11 points and seven rebounds, playing in all 82 games and starting in 56. He retired in 1992 at the age of 30, after one season with the Sacramento Kings and three with the Golden State Warriors, with totals of 491 games and 3,397 points.

Shown in 2016, Petersen is associate head coach of the Lynx.

After leaving the NBA, Petersen worked for the National Basketball Players Association in their player programs division, facilitating seminars in NBA locker rooms in topics such as HIV and AIDS, financial planning, substance abuse and career planning for life after basketball. He also coached junior high, high school and AAU basketball teams in La Jolla, California and Minneapolis.

He has worked as a television analyst with the Minnesota Timberwolves since 2003; prior to that he was a radio analyst since 1998. In November 2008, Petersen was named assistant coach of the WNBA's Minnesota Lynx; in 2016 he was named Associate Head Coach.

He resides in Wayzata, MN with his wife Tika and son Sanjay, a basketball player at Northwestern University. 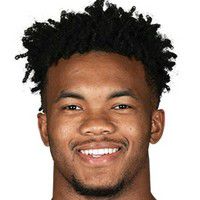