Hodges remained in the State House for eleven years, garnering the support of the National Federation of Independent Business and the National Rifle Association with his conservative voting record. While in the House, Hodges served as chair of the House Judiciary Committee from 1992 until 1994, and as House Democratic Leader from 1995 until 1997.

When Hodges ran for governor in 1998, it was as an underdog against his Republican opponent, incumbent governor David Beasley.

Hodges had no opposition in the primary, but a poll taken in June 1998 showed he had only 43 percent name recognition across South Carolina. Beasley, meanwhile, trounced his Republican primary opponent, Bill Able, 72 percent to 28 percent.

Beasley's popularity made him a formidable opponent, but Hodges immediately began to focus on the state of South Carolina's education system, which had students finishing last in the nation on the SAT exam in 1997.

Hodges cited Beasley's opposition to all-day kindergarten, and proposed a state lottery that would give about $150 million a year to educational programs such as pre-school classes and college scholarships. The proposal helped Hodges gain ground over Beasley, who initially opposed the lottery but changed his mind a month before the election.

Beasley's missteps also helped Hodges pull ahead in the election. In the heated issue of whether the Confederate flag should be removed from the dome of the state Capitol, Beasley was initially in favor of allowing the flag to remain. In November 1996, he switched positions, calling for the removal of the battle flag to the Capitol grounds – a move to which some fellow Republicans reacted angrily.

Hodges won the gubernatorial race with a clear 53 percent to 45 percent margin, carrying nearly every rural county. He did especially well in the urban areas of Charleston County and Richland County – home to South Carolina's capital, Columbia. In fact, Hodges became the first challenger in over a century to defeat a sitting governor in South Carolina. (However, South Carolina's incumbent governors were unable to run for re-election until the passage of a constitutional amendment in 1980.)

As South Carolina's 114th governor, Hodges worked to add the Martin Luther King Holiday to the state's official calendars. He played an instrumental role in moving the Confederate flag from the state Capitol's dome to its grounds. He also instituted the construction of the New Cooper River Bridge in Charleston, which is North America's longest cabled spanned bridge.

He endured harsh criticism for mistakes during the evacuation of Charleston and the Low Country during 1999's Hurricane Floyd. Newspapers across South Carolina, particularly Charleston, chastised Hodges for not making traffic along South Carolina's I-26 one-way, to avoid the severe traffic jams that occurred as residents tried to flee the storm's path.

Hodges defended his evacuation plan, telling the press in 1999 that the process of moving hundreds of thousands of people inland still occurred in a timely manner. "I think we need to put things in perspective here," Hodges said. "This was the largest peacetime evacuation in the history of the United States, and it was all done in about a twelve or a twenty-four hour period. When you have 800,000 South Carolinians leaving the coast, coupled with over a million from other areas below us in Georgia and Florida, you're going to have traffic problems."

During his tenure, Hodges also signed a bill encouraging schools to get students to say "Yes, sir," and "Yes, ma'am" to teachers. He announced a plan to raise teacher salaries to the national average by 2007, and opposed tying the raises to teacher performance. However, despite his electoral promises on education, many South Carolina schools were severely underfunded during his term.

In his 2002 bid for re-election, Hodges faced a very strong challenge from former U.S. Congressman Mark Sanford (R-Charleston). Like Hodges' 1998 bid, the race concentrated on issues such as education and the state budget. But South Carolina itself has become a solidly Republican state over the years, and Sanford defeated Hodges in the general election, 53 percent to 47 percent.

Since leaving office as governor, Hodges has served as a senior advisor at McGuire Woods Consulting, LLC, and as partner in the affiliated law firm of McGuireWoods, LLP, and is based in Columbia, South Carolina.

In 2007, Hodges publicly supported Stephen Colbert's attempt to run for president in the South Carolina primaries, and even offered himself up as a vice presidential choice should the comedian actually win the nomination. In February 2008 the former governor officially endorsed U.S. Senator Barack Obama (D-Illinois) in the 2008 Democratic presidential primaries. The Obama campaign, in turn, named Hodges as one of its national co-chairs.

Hodges and his wife Rachel live in Columbia with their two sons, Luke and Sam. He is an Episcopalian. 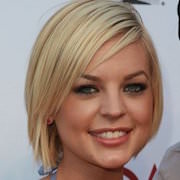