Jim Bryson (born July 14, 1961) is an American politician who served as a member of the Tennessee Senate for the 23rd district. Bryson was also the 2006 Republican nominee for Governor of Tennessee, losing to incumbent Democrat Phil Bredesen.

In 2019, Bryson became the Deputy Commissioner of the Tennessee Department of Environment and Conservation for Parks and Recreation.

Bryson was elected to the State Senate in 2002, serving in the 103rd and 104th General Assembly. He served as Secretary of the Government Operations Committee and as a member of the Senate Commerce, Labor and Agriculture Committee, the Senate Education Committee, and the Fiscal Review Committee. He was noted as one of the Assembly's most vocal advocates of Right to Life and anti-gun control views.

On August 3, 2006, Bryson won the nomination to run for Governor against incumbent Phil Bredesen. Bryson, upon entering the race immediately assumed the position of front-runner for the Republican nomination, since the other announced contenders were political unknowns and the state party endorsed him before the primary. Bryson won the nomination with a vote total of about half, approximately equal to that of all of his rivals combined.

Since his Senate district is considered to be the most affluent and reliably Republican in Middle Tennessee and his re-election was all but assured, some have questioned why he would give it up. Any Republican candidate would have been a decided underdog in the general election to Bredesen. In the election of November 2006, Republican Jack Johnson was elected to succeed Senator Bryson.

Bryson was heavily defeated in the November 7 election, taking only 29.7 percent of the vote. He lost all 95 counties in the state, including Williamson County.

Bryson was born in Fayetteville, Arkansas. He married Carol Ratcliff, from Greeneville, Tennessee, in 1991. They have four children together: Maria, Nadia, Nick, and Alex. Bryson earned his bachelor's degree from Baylor University and his MBA from Vanderbilt University and is the owner of 20/20 Research, Inc, a marketing research firm with offices in Tennessee, North Carolina, and Florida.

The contents of this page are sourced from Wikipedia article on 29 Jul 2020. The contents are available under the CC BY-SA 4.0 license.
comments so far.
Comments
From our partners
Sponsored
Reference sources
References
https://www.tn.gov/environment/about-tdec/about-leadership/jim-bryson1.html
https://web.archive.org/web/20060908063838/http://www.nashvillecitypaper.com/index.cfm?section_id=9&screen=news&news_id=49001
http://nashvillecitypaper.com/index.cfm?section_id=9&screen=news&news_id=49001
Trending today in 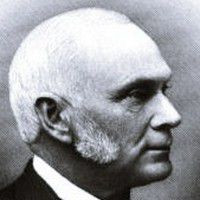 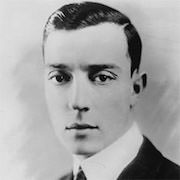