James Louis Beattie (born July 4, 1954) is an American former professional baseball pitcher. He also served as the Montreal Expos' General Manager from 1995 to 2001, and was the Baltimore Orioles general manager with Mike Flanagan from 2003 to 2005. As of 2010, Beattie served as a professional scout in the Toronto Blue Jays organization through the 2018 season. Beattie retired from his decades-long career in the MLB at the end of the 2018 season. Beattie starred in baseball and basketball at South Portland High School in South Portland, Maine.

Beattie earned All New England honors playing basketball at Dartmouth College in 1974, and was MVP of the Kodak Classic in 1975. In 1974, he played collegiate summer baseball with the Harwich Mariners of the Cape Cod Baseball League.

He was drafted by the New York Yankees in the fourth round of the 1975 Major League Baseball draft, and was soon tabbed one of the top pitching prospects in the Yankees' farm system, along with Ken Clay and Gil Patterson. Each vocalized frustration with the organization when they acquired pitchers Rich Gossage, Andy Messersmith and Rawly Eastwick after the 1977 season believing that it hindered their chances of making the major league roster that Spring.

That turned out not to be the case, as a rash of injuries opened the door for Beattie, and he made the club out of Spring training 1978. He pitched 6.1 innings and gave up just one run in his major league debut to beat Hall of Famer Jim Palmer and the Baltimore Orioles. After a second win against the Chicago White Sox on May 15, Beattie lost his next seven decisions in a row. He was, however, on the mound for two of the Yankees' most important games that September. With the Yankees having been as far back as fourteen games to the Boston Red Sox on July 19, they surged to just four games back by the time they headed to Fenway Park for a four-game set from September 7–10. Beattie started the second game of the series, holding Boston to just three hits and no runs over his first eight innings of work. After the Red Sox scored two unearned runs in the ninth, he handed the ball over to Ron Davis for the final out. The Yankees swept the series to move into a tie with Boston. They moved on to Detroit for a three-game set next, and Beattie won game two of that series to give the Yankees sole possession of first place.

Following a one-game playoff with the Red Sox, the Yankees headed into the postseason. Beattie won game one of the 1978 American League Championship Series against the Kansas City Royals, and earned a complete game victory over the Los Angeles Dodgers in game five of the World Series.

Despite his late season and postseason heroics, Beattie failed to make the club the following Spring. He was, however, called up by the beginning of May. On June 20, a line drive off the bat of the Toronto Blue Jays' John Mayberry shelved Beattie for two months. On September 12, 1979, Boston Red Sox legend Carl Yastrzemski singled off Beattie for his 3,000th career hit. After the season, he, Rick Anderson, Juan Beníquez and Jerry Narron were traded to the Seattle Mariners for Ruppert Jones and Jim Lewis.

Despite a high 5.01 earned run average, Beattie's record stood at 3-3 on May 21, 1980 following a victory over the Milwaukee Brewers. He only won two more games for the rest of the season, and finished at 5-15 with a 4.85 ERA. He started the 1981 season in the bullpen, but after getting rocked in three outings, was reassigned to the triple A Pacific Coast League Spokane Indians. He returned to the majors after the 1981 Major League Baseball strike, and pitch an eight inning gem against the California Angels on August 11 for his first victory of the season. Beattie went 3-2 with one save with a 2.02 ERA while holding batters to a .212 batting average in the second half, as opposed to the eight earned runs he gave up in 4.1 innings of work prior to his demotion to Spokane. His success carried over into the 1982 seasons. Despite an 8-12 record, his 3.34 ERA was seventh best in the American League, 140 strikeouts was eighth best, and the .233 batting average he held batters to was sixth best.

On September 27, 1983, Beattie hurled the first one-hitter in Seattle Mariners history against the Kansas City Royals. Outside of a U.L. Washington single in the third inning, Beattie was perfect. Perhaps the second best pitching performance of his career came in a losing effort. On July 25, 1984, he and the California Angels' Ron Romanick locked up in a pitchers' duel. Beattie pitched eight innings of one hit ball while striking out nine. With the game still scoreless heading into extra innings, Beattie took the mound again in the tenth inning. Gary Pettis ended it with a two out single in the tenth. After the game, Beattie smashed a water cooler and refused to talk to reporters.

Beattie began dealing with shoulder tendinitis late in his career. He missed six weeks of the 1985 season with tendinitis, then tore his rotator cuff upon his return.

He returned from surgery midway through the 1986 season. He pitched effectively in his first start against the Chicago White Sox, and was in line for the victory until the bullpen imploded. From there, Beattie himself imploded as he went 0-6 with a 6.02 ERA through August 7, when he was placed back on the disabled list.

Rather than trying to catch on with another big league club after being released by the Mariners, Beattie opted to go back to school. He received his M.B.A. from the University of Washington in 1989, (he also has a bachelor's degree from Dartmouth) then returned to the Mariners as their player development director in 1990. He remained in that position through the 1995 season, when he was named general manager and vice president of the Montreal Expos. He quit at the end of the 2001 season; after a year away from the game, he joined the Baltimore Orioles as executive vice president of baseball operations. He served as co-GM of the Orioles with former Orioles pitcher Mike Flanagan through the 2005 season, when Flanagan was given the job solely. When Boston Red Sox GM Theo Epstein threatened to leave the Red Sox shortly afterwards, Beattie interviewed for the job. He also interviewed for the vacant Houston Astros GM job in 2007.

In something of an unexpected career turn, Beattie finished the 2007 season as the Florida Marlins' bullpen coach. After former bullpen coach Steve Foster moved into the pitching coach position following Rick Kranitz's departure, Beattie jokingly offered his services to Marlins GM Larry Beinfest. Beinfest took him up on his offer.

The contents of this page are sourced from Wikipedia article on 30 May 2020. The contents are available under the CC BY-SA 4.0 license.
View Jim Beattie 's image gallery
Image Gallery 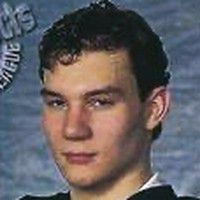