Jil Belen Teichmann (born 15 July 1997 in Barcelona) is a Spanish-born Swiss tennis player.
Teichmann has won one singles and three doubles titles on the ITF tour during her career. Teichmann has a career high WTA singles ranking of 415 achieved on 21 September 2015 and a career high WTA doubles ranking of 363 achieved on 09 November 2015.
At the 2014 Summer Youth Olympics in Nanjing, Xu won the gold medal in Mixed Doubles, partnering Jan Zieliński defeated Ye Qiuyu of China and Jumpei Yamasaki of Japan 4–6, 6–3, [10–5] in the final.
Teichmann along with İpek Soylu is the current holder of US Open girls' doubles title after defeating Vera Lapko and Tereza Mihalíková 5–7, 6–2, [10–7] in the final. 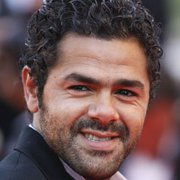