Jhaniele Fowler (formerly known as Jhaniele Fowler-Reid; born 21 July 1989) is a professional Jamaican netball player and as of 2018 a member of the West Coast Fever in the Suncorp Super Netball League. Fowler also plays domestic netball in Jamaica for the Waulgrovians club, and has been a member of the Jamaica national netball team (the Sunshine Girls) since 2010.

In 2011, Fowler was signed to play in the Australasian ANZ Championship with Australian team, the Adelaide Thunderbirds, on a two-year contract. Her contract was contingent on the Thunderbirds' current import, fellow Jamaican shooter Carla Borrego, on gaining Australian citizenship, and allowing the team's import spot for Fowler. However, Borrego was unable to gain citizenship in time for the 2012 season, and Fowler did not play with the Thunderbirds. She was later approached by New Zealand–based team, the Southern Steel, who signed her on a one-year contract for the 2013 season. At a height of 1.98 m (6 ft 6 in), Fowler was the second-tallest player in the Australasian league, after Megan Craig (who debuted for the Mystics in 2016).

Fowler returned to the Australian domestic scene in 2018, where she played for West Coast Fever and was dominant. She won the leading goalscorer award with 783 goals, which is the current record, and was also awarded the competition's player of the year title. She won the leading goalscorer award for a second consecutive season in 2019 and capped off the year by becoming the first player in the league's history to win multiple Player of the Year awards.

Outside of netball, Fowler married Andre Reid in December 2013 when she added Reid to her last name. The couple have a 3-year-old daughter, Drehannah. 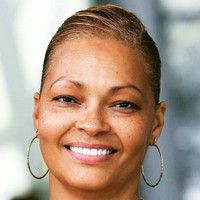 Limonious is a graphic artist who created many of the most memorable jamaican LP covers of the eighties and early nineties. His work remained relatively unknown outside of Jamaica because most of these records were never released internatio 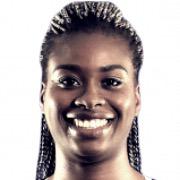