Jessicah Lee Schipper, OAM (born 19 November 1986) is an Australian former competition swimmer. She trained at the Redcliffe Leagues Lawnton club in Brisbane, under veteran coach Ken Wood up until the conclusion of the 2008 Summer Olympics. Schipper then trained under the guidance of Stephan Widmer with the Commercial Swimming Club. She was awarded the Order of Australia Medal in January 2005 for her services to swimming.

Schipper made her debut for Australia at the 2003 World Aquatics Championships in Barcelona, winning the bronze medal as part of the 4×100-metre medley relay team.

In 2004, she competed in the 2004 Summer Olympics in Athens, placing 4th in the 100-metre butterfly with the time of 58.22 seconds. She also collected the gold medal in the 4×100-metre medley relay, having swum the butterfly leg in the heats of the event.

At the 2005 World Aquatics Championships in Montreal, she won the silver medal in the 200-metre butterfly with the time of 2:05.65, only 0.04 of a second behind Otylia Jędrzejczak of Poland, who set a new world record in the event. However, the race was overshadowed by the video replay showing that Jędrzejczak touched the finishing wall with only one hand, which is illegal under the butterfly rules. Doing so allows the swimmer to stretch out further with their single hand. Video replays cannot be used in appeals against race results. Schipper also won the gold in the 100-metre butterfly (57.23) and in the 4×100-metre medley relay, with teammates Sophie Edington, Leisel Jones and Libby Lenton. In doing so, she erased the Australian records in both the 100- and 200-metre butterfly set by Petria Thomas and Susie O'Neill, respectively.

In 2006 Schipper wiped 0.08 of a second off her 100-metre butterfly time (57.15) Commonwealth record to become the second fastest woman ever in the history of the event, surpassing Martina Moravcová.

She won the gold medal in both the 100- and 200-metre butterfly events, as well as the silver medal in 50-metre butterfly at the 2006 Commonwealth Games held in Melbourne. She combined with Sophie Edington, Leisel Jones and Libby Lenton to set a new world record in the 4×100-metre medley relay, collecting her third gold medal of the meet.

On 17 August 2006, Schipper set a new world record in the women's 200m butterfly, on the opening night of the 2006 Pan Pacific Swimming Championships. Schipper won the final in 2:05.40, bettering the mark of 2:05.61 set by Otylia Jędrzejczak at the 2005 World Aquatics Championships.

Following the Olympics, Schipper split with her coach Ken Wood. This came after Wood had sold Schipper's training program to Chinese swimmer Liu Zige, who broke Schipper's world record to take the 200-metre title.[1] She then joined the Commercial Swimming Club in Brisbane, under Stephan Widmar, who previously coached her Australian relay teammates Leisel Jones and Trickett.

Schipper maintained her consistency at the world championship level. On day two, she took silver in the 100-metre butterfly, clocking the second fastest time in history. On day five she retained her 200-metre butterfly title in world record time, defeating Liu Zige by 0.49 of a second. 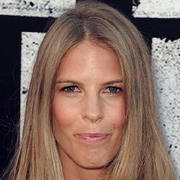 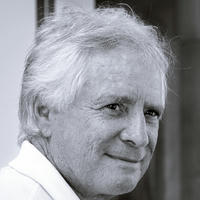 Chief of the Richmond tribe