Jessica Lee Goldyn (born December 1985) is an American Broadway actress who performed in the revival of A Chorus Line as Val. She played the lead role of Cassie from August 10, 2008 opposite Mario Lopez who played the character Zack, until the show ended its Broadway revival run on August 17, 2008. Goldyn had been an understudy for the lead character of Cassie.
Goldyn appeared in The Paper Mill Playhouse (NJ) rendition of "Chorus Line" in the star role of Cassie from October 7 through October 28, 2012.

Goldyn grew up in Parsippany-Troy Hills, New Jersey where she spent her early years dancing. She attended the Professional Performing Arts School in New York but never graduated. Instead she received her GED after getting hired in a non-Equity tour of Fosse.

Goldyn has trained with the New Jersey Ballet Company and has been a student and instructor at the Worth Tyrrell Studios.

Goldyn was a Children's Foundation for the Arts grant recipient from 1998-2003.

Goldyn's professional debut was in the ensemble of Gypsy at the Paper Mill Playhouse in September 1998.

Goldyn has been credited in various roles over the years. Some of them include: Fosse, regional production of A Chorus Line also as Val, Sweet Charity as Charity, Ensemble of A Christmas Carol at North Shore Music Theatre, and Ensemble of Pippin at the Arvada Center. Goldyn has previously played the Chorus Line character Cassie before, as well as Val in addition to roles in Sweet Charity and Pippin.

Jessica Lee Goldyn with her co-star from A Chorus Line Mario Lopez on August 14, 2008

Goldyn made her Broadway debut on October 5, 2006 when she opened as Val in the revival of A Chorus Line. Goldyn is one of the few original cast members who closed the show, by then as Cassie.

In 2015, Goldyn returned to Broadway in Finding Neverland at the Lunt-Fontanne Theatre. Goldyn has been cast in the upcoming Broadway production of Tuck Everlasting, opening April 26, 2016 at the Broadhurst Theatre.

Goldyn portrayed Ivy in On the Town as part of New York City Center's 2008-2009 Encores! season. Part of a city-wide celebration this season of Leonard Bernstein's 90th birthday who wrote the original score for On the Town. Goldyn starred opposite Justin Bohon as Chip, Christian Borle as Ozzie and Tony Yazbeck as Gabey. The other female romantic counterparts of the three sailors on shore leave in the Big Apple were Leslie Kritzer as Hildy Esterhazy and Jennifer Laura Thompson as Claire DeLoone. On the Town first opened in 1944 at the Adelphi Theatre.

Goldyn portrayed "Polly" in the Maine State Music Theatre production of Crazy for You in July 2009 alongside Tony Yazbeck from her Chorus Line days.

2010; Goldyn was returned to Paper Mill Playhouse as "Tiger Lilly" in their production of Peter Pan. This ran from June 2 till June 27.

In August 2010 Jessica replaced Felicia Finley as Lola in Damn Yankees at the John W. Engeman Theater in Northport. 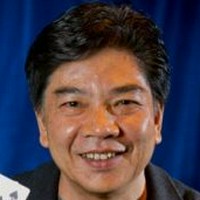 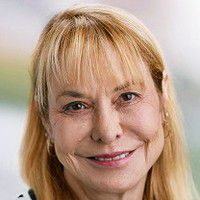 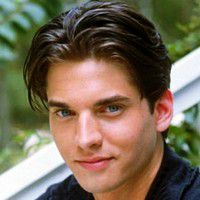