Jessica Campbell was born on October 30, 1982, in Tulsa, Oklahoma. She was raised in St. Louis, Missouri, where she attended Webster Groves High School. She was a member of the color guard in high school. Later, she studied anthropology in California.

Campbell made her screen debut at the age of 10 in 1992, playing Julie Cain in Michael Ray Rhodes' TV movie In the Best Interest of the Children starring Sarah Jessica Parker, Sally Struthers, and Lexi Randall.

In 1999, she starred as Tammy Metzler alongside Matthew Broderick, Reese Witherspoon, and Chris Klein in Alexander Payne's romance comedy Election. For her performance, she was nominated for "Best Youth Performance" and "Best Breakthrough Performance: Female" at the 2000 Online Film & Television Association Film Award. She also won a nomination for the "Best Debut Performance" at the 2000 Film Independent Spirit Awards.

Campbell's last film credit was in the role of Doris in Stephanie Meurer's Junk, alongside Matthew Carey, Mary Kay Place, and Guinevere Turner. After this film, she retired from acting and became a naturopathic medicine practitioner.

Campbell was married to Daniel Papkin; they had a son named Oliver.

In January 2021, Campbell's family announced that Campbell had died suddenly on December 29 in Portland, Oregon. The cause of death is currently unknown. 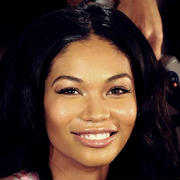