Jesse Moynihan (born January 4, 1978) is an American artist, composer and director. He is best known for being a writer and storyboard artist on the animated television series Adventure Time and as the creator of the graphic novel Forming. He also released the animated short Manly exclusively through Cartoon Hangover, made with his brother Justin.

He has most recently participated in The Midnight Gospel as director of the art department.

Jesse was born in Santa Ana, California to Shoko and Robert Moynihan. The family moved to Pennsylvania when he was one, where he spent the rest of his childhood with his younger brother, Justin.

At an early age, Jesse was encouraged to draw and learn music. His parents started him on violin when he was five. In elementary school, he drew his first comic about a character named Super Bug, described by Jesse as a dust ball with legs and Garfield eyes.

Jesse went to a Quaker boarding school in Westtown, Pennsylvania. It was here that Jesse and his brother Justin began their leap into greater explorations of art and music. Jesse graduated from Westtown School in 1996, and attended Pratt institute for one year, before moving to Philadelphia, Pennsylvania to focus on his own artistic endeavors. He later earned a film degree from Temple University.

In 2005, Jesse, Justin, & MAR drummer John Heron moved into a warehouse in West Philadelphia which they coined The Avant Gentlemen's Lodge. They turned the warehouse into a DIY venue space, which hosted "The Astral Projection Club"; plays by local playwrights; seasonal solstice and equinox parties, and musical performances from notable acts such as Dan Deacon, Kayo Dot, and The Flying Luttenbachers.

Jesse has published three graphic novel series: The Backwards Folding Mirror, Follow Me, and Forming. As of February 2018, the story of Forming continues to be updated on his website and is collected in volumes through Nobrow Press. Forming has received a fair share of critical attention; Rob Clough of The Comics Journal described it as "a success on so many different levels" and praised the series' storyline and "brightly colored and bizarre images".

He has contributed work to such publications as Philadelphia Weekly, The Philadelphia Independent, Arthur magazine, Mome, Meathaus, and Vice. Jesse collaborated with graphic novelist Dash Shaw in the May 2010 issue of The Believer magazine.

In 2005, Jesse received the Xeric Foundation grant for self-publishing comic artists. He used the money to self-publish two issues of The Backwards Folding Mirror.

His work on Adventure Time gained him an Emmy Award nomination in 2012 for the third season episode "Too Young". 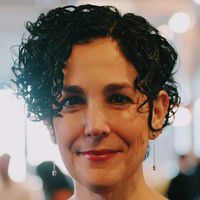