Marsch played 14 seasons as a midfielder in Major League Soccer (MLS) with D.C. United, Chicago Fire and Chivas USA, winning three league titles and four U.S. Open Cup titles, as well as earning two caps for the United States national team. After retiring, he became a coach, serving as an assistant with the U.S. national team before becoming the first head coach of Montreal Impact upon its entry to MLS in 2012. He left later that year, and returned to working as an assistant.

After a year long stint as the assistant coach for his alma mater, the Princeton Tigers, Marsch was hired by the New York Red Bulls in 2015; he won a Supporters' Shield and was named MLS Coach of the Year in that year, and holds the record for most wins by a coach in franchise history. He left after being appointed as an assistant at Bundesliga club RB Leipzig in 2018, before becoming the head coach at Salzburg a year later.

Marsch played college soccer for the Princeton Tigers at Princeton University, where he was an All-American in 1995 after scoring 16 goals as a midfielder and forward.

Marsch was drafted by D.C. United (their assistant coach was his coach at Princeton, Bob Bradley) in the third round of the 1996 MLS College Draft. Marsch spent the next two seasons with D.C. United, but only played in 15 games. D.C. assistant coach Bob Bradley, named to lead the expansion Chicago Fire, acquired Marsch soon after the Expansion Draft in exchange for A. J. Wood and a second-round pick in the 1998 College Draft. Marsch immediately became a regular in Chicago and remained a mainstay in their lineup through 2005. He helped the Fire to the 1998 MLS Cup, giving him three league championships in three seasons. While with Chicago, he also won the U.S. Open Cup in 1998, 2000 and 2003.

After the 2005 season, Marsch was traded to Chivas USA, where Bradley was then coaching. At the time, he left the Fire as the club's all-time leader in regular season games played with 200 (he now sits sixth behind C. J. Brown, Logan Pause, Gonzalo Segares, Zach Thornton and Chris Armas. Marsch is one of three players to have played in each of the first 14 seasons of Major League Soccer. On February 5, 2010, he announced his retirement after four seasons with Chivas to enter coaching.

Marsch received two caps with the United States national team. His first came as a substitute in a scoreless World Cup qualifier tie with Trinidad and Tobago in 2001; the other came in a 2007 friendly against China.

Following his retirement, Marsch was hired as an assistant to his former college and club coach Bob Bradley with the United States men's national team. Marsch remained with the U.S. program until Bradley's firing in July 2011.

In August 2011, Marsch was unveiled as the first head coach of Major League Soccer expansion franchise Montreal Impact, starting play in 2012. The club finished in 12th place with 42 points.

After that one season, Marsch left the club in November 2012. Though team management had been emphatic about their satisfaction with Marsch's work, the differences in coaching philosophies between Marsch and the management of the club led to an "amicable" split.

In January 2015, Marsch was named head coach of New York Red Bulls replacing the most successful coach in team history, Mike Petke. In his first season at the helm, Marsch led New York to the MLS Supporters' Shield and a club record 18 league victories and 60 points and was named the MLS Coach of the Year.

After a successful start to his career, the Red Bulls extended his contract in June 2016, offering Marsch a multi-year deal.

In January 2017, Marsch was linked to taking over for Óscar García as the manager of Austrian club FC Red Bull Salzburg. However, both New York Red Bulls and Red Bull Salzburg denied the reports.

In July 2018, Marsch left the Red Bulls as the all-time winningest coach in club history with a record of 76–30–45. Chris Armas followed as new head coach.

Marsch became assistant to RB Leipzig head coach Ralf Rangnick for the 2018–19 season. Marsch was signed to a two-year deal that would carry over into the next season. During Marsch's one-year tenure as an assistant for Leipzig, he helped lead them to the group stage of the UEFA Europa League, where the team finished third in their group and bowed out of the competition. He further helped Rangnick lead the team to third place in the team's Bundesliga campaign, and to the final of the DFB-Pokal before falling to Bayern Munich in the final of the tournament. Marsch ultimately left the team to replace Marco Rose as the manager of Leipzig's sister club Red Bull Salzburg.

Marsch was officially presented as head coach of Red Bull Salzburg on June 6, 2019. 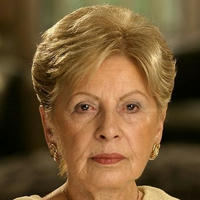 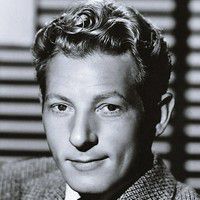