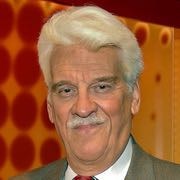 He was an advocate of manned space exploration, and the search for extraterrestrial intelligence (SETI). While at NASA, he served as the program manager in charge of long-range planning of deep space manned activities (flights beyond Earth orbit). He was regarded as an expert on the Russian space program.

Puttkamer assisted with daily on-orbit operations at NASA from 2009 until 2012.

His was given the nickname Jessie by DeForest Kelley, whom Puttkammer called Dee.

He was born, in Leipzig, to the German noble Puttkamer family with the titular rank of baron (Freiherr). According to family tradition, each firstborn Puttkamer son is given the forename Jesco.

In 1962, Puttkamer left Germany for the United States, where he was recruited into Wernher von Braun's rocket team at the NASA Marshall Space Flight Center in Huntsville, Alabama. He was a senior engineer on the Apollo program. His supervisor at Marshall was Ernst Geissler.

He was granted United States citizenship in 1967.

Puttkammer was a consultant and technical advisor for Star Trek: The Motion Picture (1979), contributing the hypothetical theory behind the faster-than-light space warp drive, and the wormhole effect featured in the film.

From 1985 to 2000, he lectured at FH Aachen as an Honorary Professor. In 1995, Puttkamer was awarded an honorary Doctorate in Philosophy by Saarland University for his pioneering contributions to the understanding of space flight. He was a frequent consultant to President George W. Bush during the implementation of the president's Vision for Space Exploration.

Puttkamer said that among his most treasured achievements at NASA were: his contributions to the Apollo program; the lunar landing in 1969, which fulfilled President John F. Kennedy's mandate; and recovering America's experimental space station Skylab after its disastrous launch into orbit on 14 May 1973. He often spoke of "rescuing" the backup Skylab from being scrapped, so it could be publicly displayed in the National Air and Space Museum in Washington, D.C.

An interview of Puttkamer by Jörg Weigand was published in Perry Rhodan, Issue 2302. He was a guest on ZDF's Nachtstudio in 2009. The episode, hosted by Volker Panzer, titled "Moonstruck", was a retrospective on German contributions to space exploration, and focused heavily on the Apollo moon landing.

Puttkamer was the author of more than a dozen books on space flight. He also wrote many science fiction short stories which were published by German pulp magazines, notably Pabel's Utopia Sonderband (1956–57) and Moewig's Terra and Terra Astra (1960–61). His stories have been reprinted frequently since. He also published several serialized essays from 1964 to 1969 for a number of German magazines.

His stories, originally published in Utopia Sonderband, were collected in Elektronengehirne, Wurmlöcher und Weltmodelle (December 1985) along with six new stories. The collection was released as part of the Utopia Classics series. The story "The Sleeping God" was collected in the anthology Star Trek: The New Voyages 2, along with an introduction by Puttkamer where he explains science fiction, like Star Trek, humanizes space, making it "more understandable for the young in mind."

His German-language memoir and essay of the Apollo 11 lunar landing, "Apollo 11: Ausflug in die Mondwelt," was reissued in a Chinese translation in 1982, in Beijing. A revised edition of the essay was included in his book, Abenteuer Apollo 11, released on the 40th anniversary of the Apollo 11 mission.

The contents of this page are sourced from Wikipedia article on 11 Mar 2020. The contents are available under the CC BY-SA 4.0 license.
View Jesco von Puttkamer 's image gallery
Image Gallery