Jerry Warren (March 10, 1925 – August 21, 1988) was an American film director, producer, editor, screenwriter, cinematographer, and actor. Warren grew up wanting to get into the film business in Los Angeles, California. He appeared in small parts in a few 1940s films such as Ghost Catchers, Anchors Aweigh, and Unconquered.

After meeting with producers, Warren took on his first film as a director and producer with Man Beast in 1956. He initially created his own films, although relying heavily on stock footage. Later, he would just buy foreign films that already existed and re-edit them, dubbing some scenes in English and inserting new footage which he shot with American actors such as John Carradine and Katherine Victor. Warren even wrote some screenplays for his films under the nom de plume "Jacques Lecoutier", which he sometimes misspelled in the credits.

Warren is known for producing and directing a number of cult films such as Teenage Zombies, The Incredible Petrified World, Terror of the Bloodhunters, and the aforementioned Man Beast. After creating and distributing several of his own films, Warren found that producing original features from scratch required entirely too much of an effort, so he began buying and distributing foreign-made films through his own distribution company, Associated Distributors Productions Inc., or ADP. His first such involved purchasing the Swedish science fiction film Space Invasion of Lapland, and editing it into his own version re-titled Invasion of the Animal People. This 1958 Swedish feature was originally filmed in Lapland by Virgil Vogel. Warren released his version in the United States on May 3, 1962 as a double feature with his film Terror of the Bloodhunters starring Robert Clarke.

Warren released three other re-edited foreign films in 1963, Bullet for Billy the Kid, The Violent and the Damned, and No Time To Kill. Filmed in color, Billy the Kid featured added scenes with Steve Brodie and Lloyd Nelson, spliced into the original Mexican film's storyline about an outlaw (Gaston Santos) who wants to hang up his guns. The Violent and the Damned was "a 1954 Brazilian action feature originally titled "Mãos Sangrentas" that hit theaters in 1962 with additional scenes added, featuring Warren regular Bruno Ve Sota, about a convicted wife-killer who escapes from prison via a perilous jungle route. No Time To Kill was a Swedish film, starring John Ireland, shot in 1958 that Warren purchased about a man who spends eight years in prison after being falsely convicted of arson.

From 1963 to 1965, Warren re-edited several other foreign horror films, re-titling them all and adding newly filmed sequences to them. La Momia Azteca, a Mexican horror film, was heavily re-edited into his U.S. version Attack of the Mayan Mummy, and footage from the same mummy film later found its way into Warren's Face of the Screaming Werewolf, his re-edited version of the Mexican film La Casa del Terror which had starred Lon Chaney Jr. The Mexican film La Marca del Muerto was edited into Warren's Creature of the Walking Dead, followed by his Curse of the Stone Hand which he edited from two 1940's Chilean films that he had purchased, La casa está vacía and La dama de la muerte

Warren was hired to film some extra footage in 1965 to pad out the running time of another American producer's film titled Blood of the Man-Devil which starred Lon Chaney Jr. and John Carradine. The film was later released to television as House of the Black Death.

Warren produced an all-original film called The Wild World of Batwoman in 1966 which starred Katherine Victor and Bruno Ve Sota. He did not produce another film after that until he released his final motion picture, Frankenstein Island in 1981, starring Katherine Victor and Robert Clarke.

Warren often cut out all of a foreign film's dialogue and would shoot new scenes in which the American actors would try to explain the plot, sometimes using extensive voice-over narration, or adding scenes in which his actors would simply sit in front of the camera and just talk to each other.

Warren said in a 1988 interview with Tom Weaver, "I'd shoot one day on this stuff and throw it together...I was in the business to make money. I never, ever tried in any way to compete, or to make something worthwhile. I only did enough to get by, so they would buy it, so it would play, and so I'd get a few dollars. It's not very fair to the public, I guess, but that was my attitude...You didn't have to go all out and make a really good picture."

Warren was married to cinematographer Brianne Murphy. Warren and Murphy met in 1956 while Warren was preparing to film Man Beast and they married in Las Vegas, Nevada, after he finished the film. During the honeymoon, Warren wrote the script for Teenage Zombies in less than a week.

Murphy worked with Warren as a production/wardrobe manager and dialogue director on two of his pictures, Teenage Zombies and The Incredible Petrified World. She also played "Pam" in Teenage Zombies and the Yeti creature in Man Beast. They divorced in 1959. 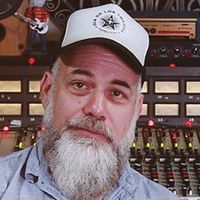