Jerry Tennant was an American bobsledder who competed in the early 1960s in Italy, Germany, Switzerland, and the United States. He won two silver medals at the 1961 FIBT World Championships in Lake Placid, New York, both in the two-man and four-man events. Tennant, and driver Gary Sheffield, also held the two-man world record course time before Eugenio Monti and Sergio Siorpaes of Italy won the gold medal. Tennant and Sheffield still hold a place in American bobsled history as they are the highest placing two-man Olympic or World Championship team since 1961. USA two-man teams won bronze medals in 1967, 1997, and 2009.

The contents of this page are sourced from Wikipedia article on 06 May 2020. The contents are available under the CC BY-SA 4.0 license.
comments so far.
Comments
From our partners
Sponsored
Reference sources
References
http://www.hickoksports.com/history/worldbobsled.shtml#m2
Trending today in 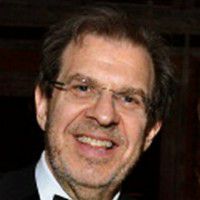