Jerry Mitchell is an American theatre director and choreographer.

Mitchell's early Broadway credits were as a dancer in The Will Rogers Follies and revivals of Brigadoon and On Your Toes. He is openly gay.

Mitchell created and for many years directed the annual Broadway Bares benefit for Broadway Cares/Equity Fights AIDS. In addition to the theatre, he has choreographed for films such as Camp, In & Out and Drop Dead Gorgeous. He garnered an Emmy Award nomination for his work on The Drew Carey Show.

In 2003 Mitchell was named one of Dance Magazine's "25 to Watch". He directed and choreographed Legally Blonde: The Musical, which opened in April 2007, and served as a mentor on Bravo's reality competition Step It Up and Dance in 2008.

Mitchell created, directed, and choreographed a stage show for Las Vegas, Peepshow, which opened at Planet Hollywood Resort and Casino in 2009. He was involved in workshops for the stage musical version of the film Catch Me If You Can.

In 2013, Mitchell directed and choreographed the Broadway musical Kinky Boots. He won the Tony Award for Best Choreography and was nominated for the Tony Award for Best Direction of a Musical. He is the director of the new musical On Your Feet!, about the lives of Gloria and Emilio Estefan. The musical premiered in Chicago in June 2015 and opened on Broadway at the Marquis Theatre on November 5, 2015.

He is the director and choreographer of the new musical Half Time, based on the film Gotta Dance, which began performances on December 13, 2015 at Chicago’s Bank of America Theatre, and ran through January 17, 2016. The musical has the book by Chad Beguelin and Bob Martin, music by Matthew Sklar and lyrics by Nell Benjamin, with additional music by Marvin Hamlisch. The musical opened at the Paper Mill Playhouse (Millburn, New Jersey) on May 31, 2018. 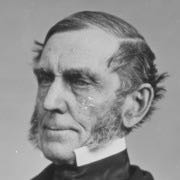