Jerry Miller (born July 10, 1943 in Tacoma, Washington, United States) is an American songwriter, guitarist and vocalist. He performs as a solo artist and as a member of the Jerry Miller Band, and plays his beloved "Buelah", the classic Gibson cut-away hollow body. He is also a founding member of the 1960s San Francisco band Moby Grape, which continues to perform occasionally. Rolling Stone included Miller at number 68 on their list of the 100 greatest guitarists of all time and Moby Grape's album Moby Grape at number 124 on their list of the 500 greatest albums of all time.

Miller's professional career began in the late 1950s, playing and recording with popular Northwest dance-rock bands including the Elegants and the Frantics. He contributed guitar work to an early version of the hit record "I Fought the Law" by The Bobby Fuller Four, and toured with Bobby Fuller in his predecessor group to The Bobby Fuller Four.

While both were playing locally in Seattle, prior to becoming internationally famous, Jerry Miller befriended Jimi Hendrix. Along with Larry Coryell, who was developing his reputation as a guitarist while attending the University of Washington in Seattle, they would regularly get together to watch touring bands visiting the Seattle area. One particular club was the Spanish Castle, in Des Moines, Washington, between Seattle and Tacoma. The later Hendrix song, Spanish Castle Magic, was based on his experiences with fellow guitarists at the Spanish Castle in Des Moines.

Before co-founding Moby Grape, Miller and bandmate Don Stevenson were members of The Frantics, a Pacific Northwest bar band based in Seattle, who had some local fame with records on Dolton, a Seattle record company. The band relocated to San Francisco and, with the addition of Bob Mosley, formed the nucleus of what would become Moby Grape. Moby Grape was formed in San Francisco in 1966. Jerry Miller was the lead guitarist in the three-guitar band. The Grape signed with Columbia and recorded four albums for that label, released between 1967 and 1969. During this period, Miller co-wrote (with Don Stevenson) three of Moby Grape's best known songs, "Hey Grandma" and "8.05", both from the self-titled first Moby Grape album (1967) and "Murder In My Heart for The Judge", from the Wow album (1968). The latter song was covered by both Three Dog Night and Lee Michaels, while Robert Plant covered "8:05" and The Move covered "Hey Grandma". More recently, "Hey Grandma" was included in the soundtrack to the 2005 Sean Penn-Nicole Kidman film, The Interpreter, as well as being covered in 2009 by the Black Crowes, on Warpaint Live.

Moby Grape toured the U.S. and Europe, but fell apart as of 1970. Members regrouped for one album (20 Granite Creek) on Reprise Records in 1971 and played and recorded intermittently thereafter, in various configurations. Moby Grape continues to perform occasionally today.

In the late summer of 1969, subsequent to the release of Truly Fine Citizen, Moby Grape's last album for Columbia, Jerry Miller and Don Stevenson joined with John Barrett (bass) and John "Fuzzy" Oxendine (drums) to form The Rhythm Dukes. Don Stevenson played guitar, rather than drums. It is speculated that he left the band shortly after its formation for that reason, preferring to remain a drummer. The band came together at Jerry Miller's initiative, at a time when the future of Moby Grape was uncertain. The band lived together in Santa Cruz, and was later joined by Bill Champlin on organ and vocals. Champlin, along with Miller, became the group's principal songwriters. The Rhythm Dukes shared the stage with such artists as Albert Collins, Lee Michaels, The Flying Burrito Brothers, Canned Heat, The Grateful Dead and Cat Mother & the All Night Newsboys, generally being second-billed. They recorded one album in 1970, which saw release in 2005 as Flashback, featuring three Jerry Miller songs. The Rhythm Dukes disbanded in 1971, when Moby Grape reformed to record 20 Granite Creek.

Miller went on to share the stage with Jimi Hendrix, Eric Clapton, B.B. King, and The Doors. His admirers include Jimmy Page, Stephen Stills, David Crosby, Taj Mahal, David Fricke, Eric Clapton, and Robert Plant. Clapton called Jerry the "best guitar player in the world" when he first came to the U.S. Plant cites Miller as a major influence for Led Zeppelin – the band even played Moby Grape songs at its first rehearsal. Led Zeppelin and the Grateful Dead are just two of the bands that have covered Miller songs live and on record.

Since 1995, Miller has been based in Tacoma, Washington, for the most part living a few blocks from his childhood home. He currently fronts The Jerry Miller Band, with Tom Murphy and Darin Watkins on drums and Kim Workman on bass, among other musicians. In July 2007, the Jerry Miller Band performed in Monterey for the 40th Anniversary of Monterey Pop.

In July 2008, Miller participated in a benefit to raise funds for medical care for Rick Burton, a bassist with the Jerry Miller Band and a close personal friend, whose days of playing with Jerry went back over forty years. They had been in The Elegants together. In the 1990s and early 2000s, Burton had been in another band fronted by Jerry Miller, DiaBando. He had also contributed to a 2005 benefit when Miller himself was in need of assistance to fund the Jerry A. Miller Foundation for the Advancement of The Arts, with an objective of using local facilities to provide practice and teaching space for local musicians. In the fall of 2007, the 60-year-old Burton had been assaulted and gravely injured in what was viewed as a random, gang-oriented attack, where those responsible have not yet been found. The benefit, "Harm None" was also intended to raise awareness about violence in Tacoma.

In January 2009, Miller lost virtually all of his personal possessions and career memorabilia to flood damage. Included in the loss were numerous concert tapes and photographs of Miller with other musical notables, including Jimi Hendrix and Robert Plant. Local Tacoma musicians held two benefit concerts to assist Miller financially.

In the summer of 2009, Miller joined the "California '66" package tour, featuring reformed versions of The Electric Prunes and Love. Miller substituted for Sky Saxon, who had been scheduled to perform with The Seeds, but who died unexpectedly a month before the tour was set to begin. Miller performed with his own band, rather than with a Moby Grape configuration.

In 2010, Jerry Miller, Don Stevenson and Omar Spence (son of Skip Spence) performed at the South by Southwest festival, playing a mix of classic Moby Grape songs and newer songs, principally composed and recorded in 2009.

His most recent album entitled "Miller Time" with original material consisting of surf, rock n' roll, blues and country instrumentals was released in 2019.

In addition to his solo work, Miller tours and records as a member of the blues/country Eilen Jewell Band.

The contents of this page are sourced from Wikipedia article on 22 Aug 2020. The contents are available under the CC BY-SA 4.0 license.
View Jerry Miller 's image gallery
Image Gallery 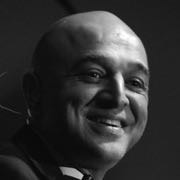 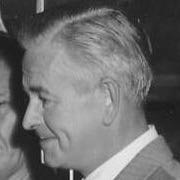