Jerry Joseph Larpenter is the current sheriff and tax collector of Terrebonne Parish, Louisiana. In August 2016, it was reported that Larpenter's deputies raided the residence of a local anti-corruption blogger on criminal defamation charges after posts examining the business relationships of local parish politicians. The anti-corruption blogger claimed that an insurance contract for parish government was awarded without going through a public bid process and without a required ordinance. Local newspaper The Daily Comet pointed out that Larpenter's wife is employed by the same insurance business. 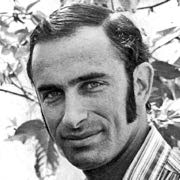