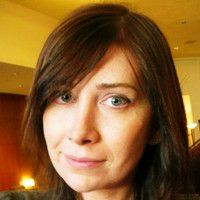 Jeri Janet Ellsworth (born August 14, 1974) is an American entrepreneur and computer chip designer and inventor. She gained fame in 2004 for creating a complete Commodore 64 system on a chip housed within a joystick, called C64 Direct-to-TV. It runs 30 video games from the early 1980s, and at peak, sold over 70,000 units in a single day via the QVC shopping channel.

Ellsworth co-founded CastAR (formerly Technical Illusions) in 2013 and stayed with the company until it shut down on June 26, 2017. In late 2014, she moved from Seattle to Mountain View, California with the CastAR team.

Ellsworth was born in Georgia and grew up in the towns of Dallas, Oregon and Yamhill, Oregon, her mother died when she was one so was raised by her father, a local Mobil service station owner. As a child, she persuaded her father to let her use a Commodore 64 computer which had been originally purchased for her brother. She taught herself to program by reading the C64's manuals. While at high school, she drove dirt-track race cars with her father, and then began designing new models in his workshop, eventually selling her own custom race cars. This allowed her to drop out of high school to continue the business.

In 1995, at the age of 21, Ellsworth decided that she wanted to get away from the race car business, and she and a friend started a business selling PCs based around the Intel 486 microprocessor, assembling and selling computers. When she and her partner later had a disagreement, Ellsworth opened a separate business in competition. This new business became a chain of four stores, "Computers Made Easy", selling computer equipment in towns in Oregon. She ran that chain until selling it in 2000, at which point she moved to Walla Walla, Washington and attended Walla Walla College, studying circuit design for about a year. She dropped out due to a "cultural mismatch"; Ellsworth said that questioning professors' answers was frowned upon.

In 2000, Ellsworth attended her first Commodore exposition, where she unveiled a prototype video expansion for the C64. This project later evolved to become the CommodoreOne, a.k.a. the C-One, and C64-DTV, and a video on YouTube "Expo Jeri 1st". Ellsworth then began designing computer circuits that mimicked the behavior of her first computer, the Commodore 64. In 2002, she designed the chip used in the C-One as an enhanced Commodore 64 which could also emulate other home computers of the early 1980s, including the VIC-20 and Sinclair ZX81. She and her fellow developer displayed the C-One at a technology conference, which led to Ellsworth receiving a job offer from Mammoth Toys, which hired her to design the "computer in a chip" for the Commodore-emulating joystick. She began the project in June 2004 and had the project ready to ship by that Christmas. It sold over a half-million units, in the USA, Europe, and elsewhere, she didn't receive payment nor the commission she was owed but it did become a featured story in the New York Times which then brought her to the public eye.

From December 2008 until March 2009, Ellsworth hosted a weekly webcast, Fatman and Circuit Girl, together with George Sanger. On May 30, 2009, Ellsworth demonstrated her Home Chip Lab at Maker Faire Bay Area 2009. Ellsworth was named "MacGyver of the Day" on February 25, 2010 by Lifehacker.

Ellsworth was a keynote speaker at the Embedded Systems Conference on May 5, 2011. Ellsworth has made significant contributions to ongoing work on DIY transistors in relation to rapid prototyping as well as thick film fabrication of EL displays using off the shelf chemicals. In early 2012 Ellsworth and several other notable hardware hackers were hired by Valve to work on gaming hardware. Along with several other Valve employees, Ellsworth was dismissed the following year.

On May 18, 2013, Ellsworth announced that she had developed an augmented reality development system named castAR with fellow ex-Valve engineer Rick Johnson, with the blessing of Valve's Gabe Newell and would be funding it via Kickstarter later in the year. Her start-up company, Technical Illusions, started developing castAR.

Ellsworth later revealed she had been secretly working to make castAR have "true VR and true AR" in addition to the previously announced projected AR capabilities. The castAR Kickstarter, launched on October 14, 2013, reached its goal of $400,000 in 56 hours and finished with $1.05 million, 263% of the original goal. The project didn't deliver the devices, but it paid back the funds to backers before shutting down the company in 2017.

In September 2019 Jeri Ellsworth initiated a Kickstarter for a new device based on the same principles of the castAR, called Tilt Five.

Ellsworth is a pinball aficionado and owns over 80 pinball machines. In 2016 she became a licensed amateur radio operator, holding an Extra Class license.

The contents of this page are sourced from Wikipedia article on 07 Mar 2020. The contents are available under the CC BY-SA 4.0 license.
View Jeri Ellsworth 's image gallery
Image Gallery 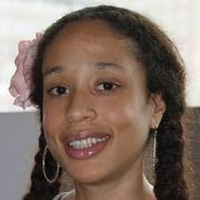