Jeremy James Smith (born July 18, 1981 in Huntly) is a New Zealand professional rugby league player who plays for St. George Illawarra in the NRL, at club level he has played for Parramatta Eels, and South Sydney Rabbitohs, and in the European Super League for Salford City Reds, and Wakefield Trinity Wildcats, playing at Five-eighth/Stand-off, or Halfback/Scrum-half.

A St. George Dragons junior, Smith made the Junior Kiwis in 1998. He played for the Aotearoa Māori side at the 2000 World Cup. In 2001 he played for the Hibiscus Coast Raiders in the Bartercard Cup.

Smith then signed with South Sydney for the 2007 season. He penned his deal short after the announcement that his coach at the time, Jason Taylor would also join the Rabbitohs in 2007. He is comfortable in both the Five-eighth position as well as Halfback. Smith is not to be confused with fellow Kiwi Jeremy Jon Oscar Smith, the second-rower from the Melbourne Storm.

He formerly played for the Parramatta Eels. He pushed the referee in a match against the Dragons. He has also represented the New Zealand Maori side.

Smith joined the Salford City Reds at the beginning of the 2009 season.

Smith again played for the New Zealand Māori in 2010 against England.

Smith has signed a 1-year deal with super league outfit, Wakefield Trinity Wildcats ahead of the 2011 season. Smith was injured during the off season and could not play in any friendlies due to visa problems, which meant he had little match fitness when he made his debut in Round 3 against Salford.

He returned to Australia in 2012, signing with the St. George Illawarra Dragons and playing NSW Cup for the Illawarra Cutters. 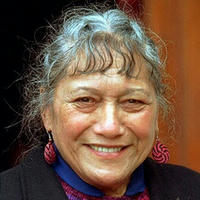