Jeremy Marre is a television director, writer and producer who founded Harcourt Films and has worked extensively around the world. Many of his films are on musical subjects. His reputation was made with the Beats of the Heart series, which introduced elements of what is now called world music, and its performers, to the Western world. The New York Times said of the series: "It can make your jaw drop regularly with astonishment." He has run director courses for the National Film and Television School, sat on the advisory boards for the British Library Sound Archive and the Arts Council of England, has broadcast widely on BBC radio, has written for The Times,New York Post and The Independent.
There have been retrospectives of his music films at the Florence Film Festival and on Channel 4.

Marre grew up and was educated in London. He read law and began training as a lawyer, before studying film at the Slade School and the Royal College of Art. He is married with two sons.

Marre's most recent completed work is the feature-length documentary, "The Heart of Country" a history of the Nashville music scene. In 2013, he produced and directed "Key to the Highway", telling the story of Blues legend Big Bill Broonzy with interviews from Keith Richards, Ray Davies and Pete Seeger.

"Youssou N'Dour: Voice of Africa" was first shown on BBC Four on Friday 30 August 2013. His previous film, "Otis Redding: Soul Ambassador" was the first documentary on the life of the soul singer Otis Redding.

His previous work, "Angels and Demons: the Carlos Santana Story", was a feature-length biography based around an intimate interview with Santana.

In 2011 he was responsible for the BBC's acclaimed Reggae Britannia, a history of reggae music in the UK, premiered in February 2011. The film won the UNESCO Award for best feature documentary at the Jamaica Reggae Festival 2011, jointly with Fire in Babylon.

On the death of Malcolm McLaren in 2010, Marre's tribute show was broadcast on BBC2. He has also produced the series Latin Music USA, a transatlantic co-production about the history of Latin American music and its influence on popular music in general.

Other highlights of his work in the last decade include directing a documentary on the American prison gang The Aryan Brotherhood; acting as series producer of the BBC Music series Soul Britannia examining the history and influence of soul music in Britain; writing and directing Marvin Gaye: What's Going On?, a biography for the PBS series American Masters and BBC; and The Real Phil Spector, a one-hour biography of the reclusive music producer recently found guilty of murder, for Channel 4.

Earlier work included the BAFTA nominated (2002) opening one-hour film for the BBC series Walk on By; an eight-hour Channel 4 series Chasing Rainbows, a part-dramatised story of British popular music and the 3-part series Nature of Music (Channel 4) about ritual and music around the world; Forbidden Image, with an original score by Ravi Shankar, for ITV.

He has made several of the BBC series Classic Albums, worked with Gerald Durrell on a 12-part series entitled Ourselves and Other Animals, and written, produced and directed programmes for the South Bank Show which won the Milan Grand Prix and Golden Harp awards.

Beats of the Heart was his 14-hour, multi-award-winning series on world music that was networked several times on British television, accompanied by his book of the same name and 14 videos/DVDs. The films include Roots, Rock, Reggae (Jamaican music) and Rhythm of Resistance on black music as resistance to apartheid in South Africa. His work for cinema includes Way of the Sword and Soul of the Samurai. 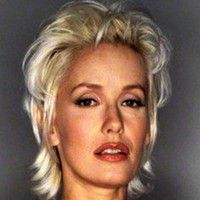 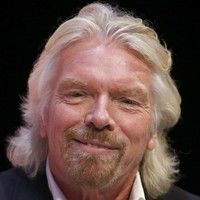 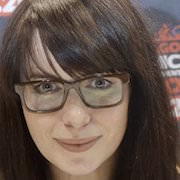 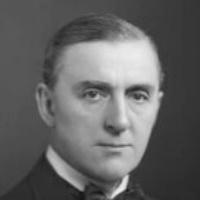