As a child, she guest-starred on such iconic television programmes as Gunsmoke and The Brady Bunch. She also starred on the children's educational TV show Curiosity Shop in 1971-72 and did voice work for the animated series Kid Superpower Hour with Shazam! as well as Scooby and Scrappy-Doo. She also appeared in several of Rick James' videos. Additionally, she worked on the films Friday the 13th: A New Beginning (1985) and Body Slam (1986).

Fields was born in Onslow County, North Carolina, and attended Saddleback High School in Santa Ana, California. She was never married to actor Jimmie Walker, as is often believed; this rumor arose as a result of their appearances together on the TV game show Tattletales (1982-1984). She is also often believed to be the daughter of actress Chip Fields, but they are not related. 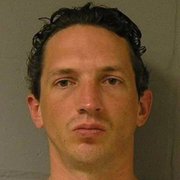