Jens Harald Quistgaard (April 23, 1919 – January 4, 2008) was a Danish sculptor and designer, known principally for his work for the American company Dansk Designs, where he was chief designer from 1954 and for the following three decades. Though a sculptor and grounded in traditional handicrafts, he quickly established a career as an industrial designer. From the mid-1950s his tableware and kitchenware designs became synonymous with Scandinavian modern and found their way into millions of homes in the USA, Europe and Japan. With his international orientation and success he was groundbreaking, and he had great significance for the place which Danish design acquired in the minds of many Americans. In 1958 he received the Neiman Marcus Award and during the following years he was represented at major museums in Europe and the USA. Many of Jens Quistgaards works are still produced today.

Jens Quistgaard grew up in an artistic home in Copenhagen and already as a boy, demonstrated unusual artistic talents. The work with handicrafts began in his mothers kitchen, where he made himself a little workshop with vice and anvil. Here he produced jewellery, hunting knives, bags and ceramics. When he was young Jens Quistgaard would often be found at the village smiths, carpenters or joiners, and it was here he acquired the craftsmanship which he later used to produce models in wood, metal, ceramic and glass. He was trained as a sculptor by his father, Harald Quistgaard (1887-1979), and was later educated as a drawer and silversmith at the technical school in Copenhagen.

During the occupation of Denmark he was active in the Resistance movement.

In the beginning he made a living drawing portraits and making reliefs. He also produced jewellery, hunting knives, ceramic works, glass and graphic design in the form of monograms, town arms and the like. At the end of the 1940s his production also included cutlery in silver and steel for different companies, amongst others the silvery cutlery set Champagne (1947 for [O.V. Mogensen]) and kitchen utensils in steel for [Raadvad], including the little shark fin can opener from 1950. His breakthrough as an industrial designer came in 1953-54, where he fashioned the cutlery set Fjord, the first cutlery set that combined stainless steel with handles of teak. Around the same time he designed a saucepan in cast iron for De Forenede Jernstoeberier A/S (United Iron Foundries). The pan was marketed under the name Anker-Line and was awarded the gold medal at the Triennale in Milan in 1954. In the same year, Quistgaard also received The Lunning Prize. 1954 was also the year American businessman Ted Nierenberg visited Europe, on the lookout for talented design which could be launched in the USA. After having seen the cutlery set Fjord at the Danish Museum of Art and Design in Copenhagen, he sought out the designer, and their meeting led to the foundation of the American company Dansk Designs with Quistgaard as chief designer. Already towards the end of 1954, Fjord was introduced in New York, followed the year after by the colourful saucepan range Kobenstyle. Quistgaards designs were a big success from the beginning in the USA and were quickly followed by a series of tableware and kitchenware designs: cutlery in silver and handcrafted steel; jugs and saucepans in steel, copper and cast iron; crockery in stoneware; glass; trays, bowls, pepper mills and other objects in staved teak and exotic wood sorts, as well as candlesticks in brass, silver and cast iron. Quistgaard was hugely productive and for Danish Designs alone fashioned more than 4000 products.

It is a production which spans a large range of materials and utility items, and which is created from a philosophy that utility items for the kitchen and the table should function together harmoniously. To set the table and arrange with Quistgaards designs became from the end of the 1950s and during the 1960s identical with "modern living" and Scandinavian style. Where clean lines, sculptural form and natural materials went hand in hand.

The end of the 1950s and the first half of the 1960s were Quistgaard's most productive years for Dansk Designs. In 1958 he designed the cutlery set Toke in steel and bamboo as well as the dinner set Flamestone in stoneware; the cutlery set Tjorn in sterling silver from 1959, the Festivaal line from 1960 of lacquered bowls and trays in many colors, together with a series of industrial designs in exotic wood sorts, Rare Woods from 1961. The series together with the other woodware was produced by Nissens Woodworking Factory in Denmark, which Quistgaard also designed special works for in the 1960s, amongst others the unusual Stick chair from 1966. At the end of the 1950s Jens Quistgaard began designing and overseeing the construction of a large villa in Armonk, north of New York, for his American business partner Ted Nierenberg. Quistgaard designed everything, from the large roof constructions and window sections to the doorhandles, bathtub and spiral staircase. The villa was completed in 1961 as a demonstration of Quistgaard's ideal about architectural wholeness. Quistgaard's success escalated throughout the 1960s. His works for Dansk Designs were marketed in all major cities in the USA, but he was also successful in Europe and Japan. Dansk Designs started their own shop in the High Street in Copenhagen, in London and in Stockholm, and Quistgaard's designs were exhibited and sold in Tokyo, Berlin, Paris, Zürich, Melbourne, Johannesburg and many other big cities.

Quistgaard continued as chief designer for Dansk Designs until the start of the 1980s, when he moved to Rome. He lived there until 1993, and returned to Denmark, where he continued to design until a few months before his death in 2008. In 2006 he received an honorary grant from the Danish National Banks Anniversary Fund of 1968, and in 2009 was portrayed as a person and as a designer in the documentary film "A Saucepan for My Wife"

Quistgaard died at age 88 on January 4, 2008 at his home "Strandgaarden" near Vordingborg, Denmark. He was survived by a daughter, a son and several grandchildren.

He is buried in Gimlinge Cemetery.

In addition to his work for Dansk Designs, Quistgaard designed for: 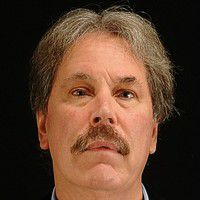 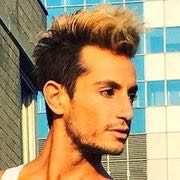 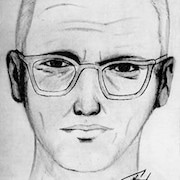 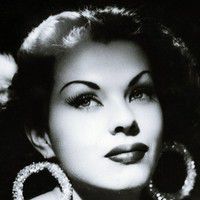