Jens completed successfully his education as in actor in the Center for Film and Television in Cologne. He appeared first in a secondary role as Georg Kramer in the feature film Eine indiskrete Reise (An indiscreet journey) in 2004. In the following years, Hartwig was seen in guest appearances in the sitcom Mein Leben & Ich as Karl and in the soap opera Unter uns as Stefan Metzger. In 2009, he was part of the ensemble of the sketch comedy Broken Comedy, produced by ProSieben as a web show. Over the years, Jens Hartwig also followed the occupation as a stage actor and was seen in plays such as Inkheart, The Storm and The Process. In August 2009, he took the contract role as Tristan von Lahnstein in the popular soap opera Verbotene Liebe (Forbidden Love). Jens appeared for the first time on-screen on October 23, 2009.

Next to German, he speaks English and French.

The contents of this page are sourced from Wikipedia article on 11 Mar 2020. The contents are available under the CC BY-SA 4.0 license.
comments so far.
Comments
From our partners
Sponsored
Reference sources
References
https://web.archive.org/web/20111127165405/http://www.daserste.de/verboteneliebe/darsteller_dyn~darsteller,999~cm.asp
http://www.daserste.de/verboteneliebe/darsteller_dyn~darsteller,999~cm.asp
https://web.archive.org/web/20120228224102/http://www.jenshartwig.com/Jens_Hartwig,_Schauspieler_fur_Theater,_Film_und_Fernsehen/Vita.html
http://www.jenshartwig.com/Jens_Hartwig,_Schauspieler_fur_Theater,_Film_und_Fernsehen/Vita.html
http://www.jenshartwig.com
Trending today in 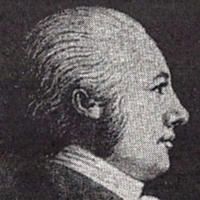