Funnell was born in Kenya and has a twin sister. She moved to Britain when she was four years old, and went on to attend the Webber Douglas Academy of Dramatic Art She initially started voice acting in radio drama while still a student at drama school, winning the Carleton Hobbs BBC Radio Drama Award in 1984.

Her earliest television work was also in drama, including the British soap opera Brookside (1985), the police series Bergerac (BBC 1988), and the episode "Peril at End House" in Series 2 of Agatha Christie's Poirot (ITV 1990).

Funnell started taking on comedy parts with an appearance in the comedy/drama Boon (ITV 1989), and a role in the television movie Norbert Smith: A Life. Other comedy roles for TV have included a guest appearance in the Channel 4 newsroom sitcom Drop the Dead Donkey (1994) and the romantic comedy Love Soup (2005).

Between 1992 and 2005 Funnell appeared in 58 episodes of the popular BBC sitcom As Time Goes By, in the role of 'Sandy' alongside Judi Dench and Geoffrey Palmer. The show was incredibly popular and was aired on BBC One.

She later made guest appearances in the ITV hospital drama The Royal (2003), played two separate parts in the BBC's medical drama Doctors (2002 and 2004), and appeared in the ITV police series The Bill (2006).

Since 2009, she has voiced nine different characters in the FromSoftware series Dark Souls and Bloodborne.

Her stage roles have included Sense and Sensibility at the Watermill Theatre, Bagnor, West Berkshire in April 2014 and What the Butler Saw at The Haymarket Theatre in Basingstoke during September 2015.

She, her husband, also an actor, and daughter live near Brighton in England. 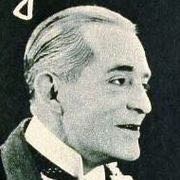