Jennifer Lien was born in Illinois, the youngest of three children, and joined the Illinois Theatre Center at the age of 13.

In a 1992 interview, Lien said: "My childhood was wild because I was very uncomfortable living where I lived (the South Side of Chicago). It was very industrial - if you didn’t fit in you got your ass kicked. I was just my own person, and I adopted this really tough skin because I had to if I wanted to survive. A lot of my friends were into drugs, and I saw a lot of them die." In a 1993 interview, Lien said:

When I was a little kid in Chicago, I always used to pretend I was somebody else. I wrote little plays, I was a tomboy, I hung out with the guys a lot. I never had much interest in hanging out with girls. I was always writing plays or watching movies or reading books, and when I was in seventh grade in junior high, I joined the drama club and found that I could fit right in, I could relax, I could do anything I wanted. I began to think I could make a difference, I could make people happy. I felt like I made the world just a little better for a while. Then, on the advice of an eighth grade teacher, I went to acting class, and then got an agent. I did industrial films and some theatre. Soon, casting directors started hiring me and then I got an interview with the people from AW. They liked me, asked me to come to New York, so here I am!

Lien's first television appearance was in a bubble gum commercial playing twins. Her first appearance on a television series was as a music academy student in a 1990 episode of Brewster Place, starring Oprah Winfrey. The same year she provided her voice for the dubbed English language version of Baby Blood, a French horror film. Lien moved to New York in 1991 after she was cast as Hannah Moore on the series Another World. She attended and graduated from the Professional Children's School while working on this series.

In a 1992 interview, Lien said: "A couple of years ago, I was trying to get an audition for a baseball movie, so I said that I could play baseball. We’d always played a lot while I was growing up, like in the backyard. But when I showed up at the audition, I was faced with these Goliath-like, testosterone women who could really play. I did survive the two days of training and auditions, but I basically pulled every muscle in my body!"

In 1993, Lien was cast as Roanne in Phenom, a sitcom starring Judith Light. She also participated in the recording of Adam Sandler's comedy album They're All Gonna Laugh At You in which she played the part of the Valedictorian on the track "The Buffoon And The Valedictorian", as well as one of the daughters on the track "Oh, mom...".

In 1994, Lien was cast as Kes on Star Trek: Voyager. Her character is an Ocampan, a species in the Star Trek universe that lives for only 8 to 9 years, who joins the starship's crew after it is stranded 70,000 light-years from Earth.

In a 1995 interview, Lien said about Voyager co-star Ethan Phillips: "I’m so lucky that so many of my scenes are with Ethan. He’s such an incredibly talented guy, really great and so funny. He’s always making us laugh. It’s the best possible situation for an actress to play opposite him."

In a 1996 interview, Lien said about two of her Voyager co-stars: "I was working on a scene in Sickbay the other day with Kate and Bob Picardo, and they - they know what they’re doing. They’re both such good actors. I thought, ‘Oh, God, I’m so lucky to be here!’ I didn’t say anything to them because - I don’t know why I didn’t say anything. It’s probably just not the kind of thing you say to people. I was seeing talent, experience and wisdom in action, inventiveness and creativity happening in front of me. It’s a good job I have."

Richard Lutz wrote, "The medical personnel in Star Trek best embody the humane values embedded in this franchise; the most notable of which is Kes, thanks in large part to Jennifer Lien whose remarkable performance brought to life a beautiful child-like being (Ocampa) whose short lifespan and humanity reminds us that the most important element in a life worth living is a loving connection with our fellow human beings."

Lien's Voyager contract was not renewed after season 3 to allow Jeri Ryan to join the cast as Seven of Nine within the existing budget. In 2000, Lien returned for a season 6 episode titled "Fury", where she had input into the script.

After Voyager, Lien appeared in the movie American History X as older sister Davina Vinyard alongside Edward Norton's character Derek Vinyard. In 1998, she appeared in SLC Punk! playing Sandy, the wild girlfriend of Matthew Lillard's character Stevo. She also voiced Agent "L" for the first three seasons of Men in Black: The Animated Series (1997-1999) and the first 7 episodes of the 2000 season.

Lien has attended sci-fi conventions in relation to her role as Kes when she was working on Voyager and after her film career ended.

In a 1995 interview, Lien said the following about these conventions:

The conventions are something within themselves, a unique world. It’s a very different experience in that I can talk to other people involved in the world of Star Trek, like authors and actors from other Star Trek shows. I also get to meet people from other SF shows, because they tend to have guests from other series at the conventions I attend. The fans love the conventions, love meeting the people involved in their favorite shows. That makes you want to give them everything you can. I try to tell them what’s going on, share my laughter and tell them about the wonderful experience I've been having on Voyager. The feedback is just so positive. The fans seem to really like the show, and that's good. If they have any negative feedback, they give it to me, too, which is fine. They're usually pretty respectful, and they come up with things that are very interesting - positive and negative - and I get sucked into it.

Lien is married to writer and filmmaker Phil Hwang; their son, Jonah, was born on September 5, 2002. Upon the birth of her son, Lien retired from acting and voice-over work but was credited as executive producer on her husband's 2008 film Geek Mythology. In August 2010, Lien said she intended to work as a nutritionist after completing her studies.

In a 2000 interview, Lien revealed that she liked every kind of music, and that she played the trombone, which she started in high school. She said she supported charities helping people with AIDS and had worked with Camp 40, of which she said: "I want to be doing what I can for people who need it."

In July 2012, Lien was arrested for an alleged domestic assault. In April 2015, she was arrested and charged with evading arrest, resisting arrest, reckless endangerment and aggravated assault in relation to a speeding offense. In September 2015, Lien was arrested again for two counts of misdemeanor exposure in relation to an argument with a neighbor. In February 2016, Lien paid restitution for a police cruiser damaged in the April 2015 incident, and the state agreed to a six-month deferral of the 2015 charges so she could continue to receive mental health treatment. In March 2016, Lien was charged with DUI. In November 2016, charges relating to the 2015 offences were dismissed because Lien paid restitution for damaging the police cruiser and because of her good behavior since the incident. 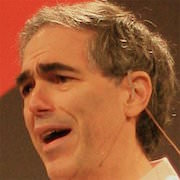