Jennifer Fan is an American businesswoman.

Fan studied at the New York Stern School of Business with BS degrees in finance, statistics and operational research. She graduated at the age of 19, and went on to join Arrowhawk in the summer of 2009. She began her higher education early, enrolling at age 16 at Bard College at Simon's Rock in Great Barrington, MA.

Fan became partner and portfolio manager at Arrowhawk Capital Management. Institutional Investor in June 2011 named her one of its 2011 Hedge Fund Rising Stars. She is a former trader in the global liquids group at Morgan Stanley.

Fan is the founder of Arbalet Capital LLC, a hedge fund specializing in Relative value trading between different grades of petroleum and other relative value opportunities. In January 2012, it was announced that Fan would start Arbalet Capital LLC with $650 million. However, due to sluggish performance in 2012 and during the first half of 2013, as well as the departure of some big investors, Arbalet's assets under management decreased to $200 million in September 2013, and is set to close within a month or two. She then worked at Millennium Management, LLC., but left Millennium to start her own family office in 2019.

Fan spends most of her time in NY. She has been profiled in Institutional Investor and Forbes magazine. 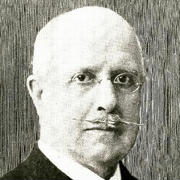