Jennifer Anne Doudna (born February 19, 1964) is an American biochemist. She is a Li Ka Shing Chancellor Chair Professor in the Department of Chemistry and the Department of Molecular and Cell Biology at the University of California, Berkeley. Doudna has been an investigator with the Howard Hughes Medical Institute (HHMI) since 1997, and since 2018 she holds the position of senior investigator at the Gladstone Institutes as well as that of professor at the University of California, San Francisco.

Doudna has been a leading figure in what is referred to as the "CRISPR revolution" for her fundamental work and leadership in developing CRISPR-mediated genome editing. In 2012, Doudna and Emmanuelle Charpentier were the first to propose that CRISPR-Cas9 (enzymes from bacteria that control microbial immunity) could be used for programmable editing of genomes, which is now considered one of the most significant discoveries in the history of biology.

Doudna has made fundamental contributions in biochemistry and genetics and received many prestigious awards and fellowships including the 2000 Alan T. Waterman Award for her research on the structure as determined by X-ray crystallography of a ribozyme, and the 2015 Breakthrough Prize in Life Sciences for CRISPR-Cas9 genome editing technology (with Charpentier). She has been a co-recipient of the Gruber Prize in Genetics (2015), the Canada Gairdner International Award (2016), and the Japan Prize (2017). Outside the scientific community, she has been named one of the Time 100 most influential people in 2015 (with Charpentier), and she was listed as a runner-up for Time Person of the Year in 2016 alongside other CRISPR researchers.

Jennifer Doudna was born February 19, 1964 in Washington, D.C. Her father received his Ph.D. in English literature from the University of Michigan, and her mother, a stay-at-home parent, held a master's degree in education. When Doudna was seven years old, the family moved to Hawaii because her father accepted a position in American literature at the University of Hawaii at Hilo. Jennifer Doudna's mother earned a second master's degree in Asian history from the university and taught history at a local community college.

Growing up in Hilo, Hawaii, Doudna was fascinated by the environmental beauty of the island and its exotic plants and animals. They built her sense of curiosity about how nature works and she wanted to understand the underlying biological mechanisms. When she was in school, she developed her interest in science and mathematics. Her father fostered a culture of intellectual pursuit in her home. He enjoyed reading about science and filled the home with plenty of books on popular science. When she was in the sixth grade, her father gave her a copy of The Double Helix (a book by James Watson). When she was in high school, she was influenced by Miss Wong, a chemistry teacher.

Doudna entered Pomona College in Claremont, California to study biochemistry. During her sophomore year, while taking a course in general chemistry, she questioned her own ability to pursue a career in science, and considered switching her major to French. However, her French teacher suggested she stick with science. Chemistry professors Fred Grieman and Corwin Hansch at Pomona had a major impact on her. She started her first scientific research in the lab of professor Sharon Panasenko. She earned her Bachelor of Arts degree in Biochemistry in 1985. She chose Harvard Medical School for her doctoral study and earned a Ph.D. in Biological Chemistry and Molecular Pharmacology in 1989. Her Ph.D. dissertation was on a system that increased the efficiency of a self-replicating catalytic RNA and was supervised by Jack W. Szostak. From 1989 to 1991, she held research fellowships in molecular biology at the Massachusetts General Hospital and in genetics at Harvard Medical School. From 1991 to 1994, she was Lucille P. Markey Postdoctoral Scholar in Biomedical Science at the University of Colorado Boulder, where she worked with Thomas Cech.

Research on ribozyme structure and function

Early in her scientific career, Doudna worked to uncover the structure and biological function of RNA enzymes or ribozymes. While in the Szostak lab, Doudna re-engineered the self-splicing Tetrahymena Group I catalytic intron into a true catalytic ribozyme that copied RNA templates. Her focus was on engineering ribozymes and understanding their underlying mechanisms; however, she came to realize that not being able to see the molecular mechanisms of ribozymes was a major problem. So she went to the lab of Thomas Cech at the University of Colorado Boulder to crystallize and determine the three-dimensional structure of a ribozyme for the first time, so ribozyme structure could be compared with that of enzymes, the catalytic proteins. She started this project in the Cech lab in 1991 and finished it at Yale University in 1996. She had joined Yale's Department of Molecular Biophysics and Biochemistry as an assistant professor in 1994.

At Yale, Doudna's group was able to crystallize and solve the three-dimensional structure of the catalytic core of the Tetrahymena Group I ribozyme. Initially, her group was able to grow high-quality crystals, but they struggled with the phase problem due to unspecific binding of the metal ions. One of her early graduate students and later her husband, Jamie Cate decided to soak the crystals in the heavy metal derivative, osmium hexammine to imitate magnesium. Using this strategy, they were able to solve the structure, the first solved ribozyme structure and the second solved folded RNA structure (the first being tRNA). They found that the osmium hexammines mimicking the normal magnesium ions were in a cluster at the center of the ribozyme and served as a core for RNA folding. This interaction created a structure in the ribozyme catalytic center that was similar to that of an active site in the hydrophobic core of a protein. Her group has crystallized other ribozymes, including the Hepatitis Delta Virus ribozyme. This initial work to solve large RNA structures led to further structural studies on an internal ribosome entry site(IRES) and protein-RNA complexes such as the Signal Recognition Particle.

Doudna was promoted to the position of Henry Ford II Professor of Molecular Biophysics and Biochemistry at Yale in 2000. In 2000–2001, she was Robert Burns Woodward Visiting Professor of Chemistry at Harvard University.

In 2002, she accepted a faculty position at the University of California, Berkeley as a Professor of Biochemistry and Molecular Biology, joining her husband Jamie Cate who was a professor there. She also gained access to the synchrotron at Lawrence Berkeley National Laboratory for her experiments with high powered x-ray diffraction. She is currently located at University of California, Berkeley where she directs the Innovative Genomics Institute, a joint UC Berkeley-University of California, San Francisco center, holds Li Ka Shing Chancellor's Professorship in Biomedicine and Health, and is the chair of the Chancellor's Advisor Committee on Biology. Her lab now focuses on obtaining a mechanistic understanding of biological processes involving RNA. This work is divided into three major areas, the CRISPR system, RNA interference, and translational control via MicroRNAs.

In 2012, Doudna and her colleagues made a new discovery that reduces the time and work needed to edit genomic DNA. Their discovery relies on a protein named Cas9 found in the Streptococcus bacterial "CRISPR" immune system that cooperates with guide RNA and works like scissors. The protein attacks its prey, the DNA of viruses, and slices it up, preventing it from infecting the bacterium. This system had been known but she and Charpentier showed for the first time that they could use different RNAs to program it to cut and edit different DNAs. In 2015, Doudna gave a TED Talk about the bioethics of using CRISPR. As CRISPR becomes increasingly used to edit multicellular organisms, Doudna continues to be called upon to speak clearly about the ethics of changing an organism's function using CRISPR. Their discovery has since been further developed by many research groups for applications ranging from fundamental cell biology, plant, and animal research to treatments for diseases including sickle cell anemia, cystic fibrosis, Huntington's disease, and HIV.

The CRISPR system created a new straightforward way to edit DNA and there was a rush to patent the technique. Doudna and UC Berkeley collaborators applied for a patent and so did a group at the Broad Institute affiliated with MIT and Harvard. Zhang at the Broad Institute had shown that CRISPR-Cas9 could edit genes in cultured human cells a few months after Doudna and Charpentier published their method. Before the UC Berkeley patent application was decided, a patent was granted to the Broad investigators and UC Berkeley filed a lawsuit against the decision. In 2017, the court decided in favor of the Broad Institute, who claimed that they had initiated the research earliest and had first applied it to human cell engineering thus supporting editing in human cells with evidence but that the UC Berkeley group had only suggested this application. UC Berkeley appealed on grounds that they had clearly discussed and spelled out how to do the application the Broad had pursued. In September 2018, the appeals court decided in favor of the Broad Institute's patent. Meanwhile, UC Berkeley and co-applicants' patent to cover the general technique was also granted. To further cloud the issue, in Europe the claim of the Broad Institute, to have initiated the research first, was disallowed. The rejection was due to a procedural flaw in the application involving a different set of personnel listed in the lawsuit and the patent application, leading to speculation that the UC Berkeley group would prevail in Europe. Doudna has co-founded Caribou, a company to commercialize CRISPR technology.

In addition to the CRISPR breakthrough, Doudna has discovered that the hepatitis C virus utilizes an unusual strategy to synthesize viral proteins. This work could lead to new drugs to stop infections without causing harm to the tissues of the body.

As a postdoctoral student at the University of Colorado Doudna met Jamie Cate, then a graduate student; they worked together on the project to crystallize and determine the structure of the Tetrahymena Group I intron P4-P6 catalytic region. They married when she was teaching at Yale, and they both accepted faculty positions at UC Berkeley and moved there. He is currently a UC Berkeley professor and works on gene-editing yeast to increase their cellulose fermentation for biofuel production. Their son (born 2003) "likes computers and math".

Doudna was a Searle Scholar and received the 1996 Beckman Young Investigators Award. In 2000, she was awarded the Alan T. Waterman Award, the National Science Foundation's highest honor that annually recognizes an outstanding researcher under the age of 35, for her structure determination of a ribozyme. In 2001, she received the Eli Lilly Award in Biological Chemistry of the American Chemical Society.

The contents of this page are sourced from Wikipedia article. The contents are available under the CC BY-SA 4.0 license.
View Jennifer Doudna 's image gallery
Image Gallery 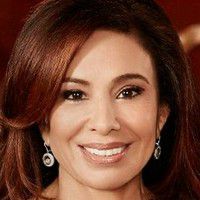 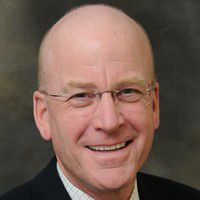 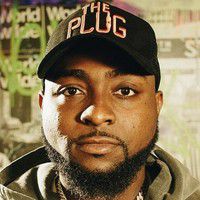 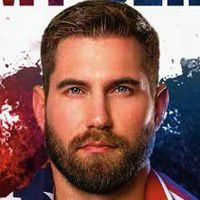