Jenna Nicole Mourey (born September 15, 1986), better known by her pseudonym Jenna Marbles, is an American YouTube personality, vlogger, comedian and actress. As of April 2017, her channel has over 2 billion video views and 17 million subscribers, making it the 23rd most subscribed channel on YouTube and the second most popular channel operated by a woman.

Marbles was born and raised in Rochester, New York, where she graduated from Brighton High School in 2004. She then moved to Boston, where she attended Suffolk University. At Suffolk she obtained a Bachelor of Science in Psychology, and later attended Boston University for a Master of Education in Sport Psychology and Counseling.

Marbles initially started her career with Barstool Sports, where she wrote for their female counterpart site StoolLaLa. In the summer of 2010, Marbles was sharing a three-bedroom apartment in Cambridge, Massachusetts. She had an $800 rent that she paid for by working various jobs, like bartending, working at a tanning salon, blogging, and go-go dancing at nightclubs.

Marbles appearing in a Vlogbrothers video, 2016.

Marbles released a video in 2010 entitled "How To Trick People Into Thinking You're Good Looking" which was viewed over 5.3 million times in its first week. Her video "How To Avoid Talking To People You Don't Want To Talk To" was featured in articles by The New York Times and ABC News in August 2011. In the video, she stated, "I'm sick and tired of guys thinking that just because I showed up at a club or a dance or a bar, that I want to have their genitalia touching my backside." The video had approximately 35 million views as of April 2017.

She uploads a new video to her YouTube channel every Wednesday or Thursday. Her pseudonym "Jenna Marbles" comes from her mother's complaint that "Mourey," their legal surname, pulled up only Jenna's videos on Google. Jenna's mother was unemployed at the time that Jenna's first video went viral, and was concerned that their content might put off potential employers. The name "Marbles" comes from her dog "Mr. Marbles". As of April 2017, Marbles' YouTube channel had about 17 million subscribers and over 2.2 billion video views.

Marbles appeared as Eve in season 2 of Epic Rap Battles of History, episode 13, "Adam vs. Eve". She played a banana in The Annoying Orange episode "Fake n' Bacon." She played Miley Cyrus in a "Wrecking Ball"–inspired segment of YouTube Rewind 2013. On January 30, she appeared in season four of Ridiculousness.

Marbles appeared as herself in Smosh: The Movie.

Marbles has also professionalized her business affairs by expanding her business and bringing in people to help, including, a personal assistant, a business manager, and her mother (the chief executive officer).

Marbles released a brand of dog toys called Kermie Worm & Mr. Marbles. The toys' appearances are based upon her real dogs. She has also created items with some of her most memorable quotes printed on them (e.g. "what are this").

In 2016, Marbles became an executive producer for Maximum Ride, a film based on the series of novels of the same name by James Patterson.

Marbles does a weekly podcast with her boyfriend Julien Solomita called "The Jenna and Julien Podcast". Topics focus on things such as stories growing up, conspiracy theories, Youtubers and other general topics. They often feature other Youtubers as guests on their podcast including Shane Dawson amongst others. 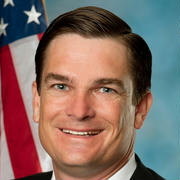