Jeļena Ostapenko, also known as Aļona Ostapenko (born 8 June 1997), is a Latvian professional tennis player. On 12 June 2017, she reached her best singles ranking of world number 12 in the Women's Tennis Association (WTA), and she peaked at world number 32 in the WTA doubles rankings on 19 June 2017.

At the 2017 French Open, Ostapenko became the first player from Latvia to win a Grand Slam tournament, and the first unseeded player to win the French Open since 1933. In addition to her singles career, she has also played as a member of Latvia's Fed Cup team. She has won seven singles and eight doubles titles on the ITF tour, and also won the Junior singles event at the 2014 Wimbledon Championships. Ostapenko is known for her highly aggressive playing style, including powerful inside-out groundstrokes and a tendency to aim for the lines.

Ostapenko's legal name is Jeļena, but she is known to her family and friends as Aļona. When she was born, her parents' desired name of Aļona, an ethnic Ukrainian name, was not on the Latvian name calendar, so she was named Jeļena after her mother. Fans in Latvia and elsewhere in Eastern Europe have always called her Aļona, but the name was unknown in the west until her appearance at Wimbledon in 2017.

Ostapenko was born on 8 June 1997 in Riga, to former footballer Jevgēnijs Ostapenko and Jeļena Jakovļeva. Jevgēnijs played professional football for FC Metalurh Zaporizhya in the Ukrainian city of Zaporizhia where Jeļena's grandmother still lives. Jeļena has one half-brother, Maksim, who lives in the United States. She was introduced to tennis at age 5 by her mother and idolized Serena Williams while growing up. She also started dancing around the age of 5, going on to compete in the National Latvian Championships for Ballroom Dancing. At age 12 she chose to focus on tennis and credits her good coordination and skilled footwork to her years of dancing. She speaks Latvian, Russian, and English.

Ostapenko won the singles event at the junior 2014 Wimbledon Championships and was ranked the number 2 junior tennis player in the world in September 2014. She made her WTA tour main draw debut at the 2014 Tashkent Open. Having been awarded a wild card, she played Israeli Shahar Pe'er in the first round, defeating the former world number 11 in straight sets. In round two, she lost to Russian Ksenia Pervak.

At the Ladies Neva Cup, Ostapenko went through qualifying and won the biggest title of her career until the 2017 French Open. During the process, she managed to cause upsets over Olga Govortsova and Aliaksandra Sasnovich.

At the Prague Open, Ostapenko lost in the final round of qualifying to Olga Govortsova, before heading to Slovakia for the Empire Slovak Open. There, she upset world No. 82 Yanina Wickmayer and world No. 63 Tereza Smitková before losing to world No. 95 Danka Kovinić. At the French Open, Ostapenko lost in the first round of qualifying to Russian Vera Dushevina in three sets, and this ended her clay-court season.

Ostapenko began her grass court season at the Topshelf Open, where she surprisingly fell in the final round of qualifying to Jessica Pegula. Ostapenko then participated in Aegon Ilkley Trophy, but lost in the second round to Anett Kontaveit. At Wimbledon, Ostapenko defeated the ninth seed Carla Suárez Navarro in straight sets (dropping only two games in the match and grabbing her first win over a Top 10 player) in the first round before losing to Kristina Mladenovic.

The only WTA event Ostapenko played before the US Open was the İstanbul Cup. She managed to get past qualifying but fell in the first round of the main draw to Kirsten Flipkens, only able to win two games in the whole match.

At the US Open the same year, she beat Annika Beck in the first round, but lost her second-round match to Sara Errani.

In September she reached her career first WTA final at the Coupe Banque Nationals, where she lost to Annika Beck. In the process, she upset No. 3 seed Mona Barthel.

Seeded for the first time at a WTA event, Ostapenko lost in the first round of the Tashkent Open to Serbian Bojana Jovanovski. She then lost in the qualifying rounds of the Generali Ladies Linz and the Kremlin Cup. She ended the season as the world No. 79, her first top-100 season, reaching her first WTA final, and having her first Top 10 win. Ostapenko at the 2016 Eastbourne International

In her first WTA event of 2016, she fell in the second round of the ASB Classic to Naomi Broady in a match full of controversies, in which Broady demanded for Ostapenko to be disqualified after she threw her racquet at a ball boy. Ostapenko lost to Hsieh Su-wei in the first round of the Australian Open despite winning the first set.

She reached the final of the Qatar Open, a Premier 5 tournament, in Doha, beating world No. 8 Petra Kvitová on the way. She was beaten by Carla Suárez Navarro in the final, but still went from No. 88 to No. 41 in the world rankings. She competed as the top seed in the qualifying draw at the Miami Open, but lost in the first round. Her next tournament was the Katowice Open, where she advanced to the semifinals, losing to Camila Giorgi.

At the Italian Open she beat Kristina Mladenovic and Monica Puig in the first two rounds, but lost to Garbiñe Muguruza in the third. At the 2016 French Open Ostapenko was seeded in the singles for the first time in her Grand Slam career, but dropped her opening match to Naomi Osaka.

At the 2016 Aegon Classic, she beat Anastasia Pavlyuchenkova in straight sets during the first round, and defeated two-time Wimbledon champion Petra Kvitová in the second. She was defeated by Madison Keys in the quarterfinals. She made the semifinals of the mixed doubles at Wimbledon with Oliver Marach, but fell to the eventual champions Heather Watson and Henri Kontinen.

At the Brasil Tennis Cup, she cruised to the quarterfinals after two straight-set win matches, but lost to Tímea Babos. Ostapenko made her Olympic debut at the 2016 Summer Olympics. She lost to Samantha Stosur in the first round. She followed her first round loss at the Olympics with a win in the first round of the Western & Southern Open.

She finished her season with early exits in the Wuhan Open, the Linz Open, and the Kremlin Cup.

Ostapenko started her year off with a semifinal appearance at the Auckland Open. Seeded 7th, Ostapenko beat Marina Erakovic, Mirjana Lučić-Baroni, and Madison Brengle in the first three rounds. She played Lauren Davis in the semifinals, but was forced to retire in the third set because of illness. Her next tournament was the Australian Open, where she advanced to the third round of a major for the first time, losing to Karolína Plíšková in three sets despite serving for the match in the third set. Ostapenko after winning the 2017 French Open

She then played at the St. Petesburg Ladies Trophy where she lost to lucky loser Donna Vekic in the first round; however, Ostapenko won the doubles title, partnering Alicja Rosolska. After losing in the first round of the Dubai Tennis Championships to Wang Qiang and reaching the quarterfinals of the Mexican Open (losing to eventual champion Lesia Tsurenko), Ostapenko had early exits in both Indian Wells and the Miami Open.

At the Charleston Open, she reached the final by defeating Ana Bogdan, Maria Sakkari, Fanny Stollár, Caroline Wozniacki and Mirjana Lučić-Baroni. She lost to fellow 19 year-old Daria Kasatkina; nonetheless, her performance led her to a Top 50 return. After her final in Charleston, Ostapenko entered the main draw of the Stuttgart Open as a qualifier, losing in the first round to Coco Vandeweghe. Despite her singles run, she won the doubles title alongside Raquel Atawo as the pair defeated Katarina Srebotnik and Abigail Spears in the final. Her next tournament was the Prague Open where she lost in the semis to eventual runner-up Kristýna Plíšková.

At the French Open, Ostapenko, then ranked 47th in the world, defeated Louisa Chirico, Monica Puig, Lesia Tsurenko and Samantha Stosur. She then faced Caroline Wozniacki in the quarterfinals. Ostapenko came from a set down to defeat her, reaching her first ever Grand Slam semifinal. She was the first Latvian female player to do so and first teenager in a decade to reach the French Open semifinals (the last was Ana Ivanovic in 2007), opposite Timea Bacsinszky on June 8, the birthday of both players. She beat Bacsinszky in three sets to make the final; being the first unseeded female player to make the final of the French Open since Mima Jaušovec in 1983, and the first Latvian player ever to reach the final of a major. In the final against third-seeded Simona Halep, Ostapenko won in three sets for her first professional title. She became the first Latvian player to win a Grand Slam singles tournament and the first unseeded woman to win the French Open since 1933. Ostapenko also became the first player since Gustavo Kuerten to win their first career title at a Grand Slam; Kuerten won his first title at the 1997 French Open on the day Ostapenko was born. With the win, she reached a new career-high ranking of world No. 12.

After her French Open win, Ostapenko began her grass court season at the Eastbourne International where she beat Carla Suárez Navarro for the second time in her career before losing to No.5 seed Johanna Konta. At Wimbledon, Ostapenko beat Aliaksandra Sasnovich, Françoise Abanda, Camila Giorgi and No.4 seed Elina Svitolina en route to her second Grand Slam quarterfinal, her first at The Championships. She then lost to five-time champion Venus Williams.

Ostapenko at the 2016 Wimbledon Championships

Ostapenko moves opponents around the court by aiming long strokes at corners and lines, then changes direction to hit powerful winners. After putting an opponent in a vulnerable position, she will regularly seek to end the point with a cross-court forehand, a down-the-line backhand, a swinging volley, or a drop shot. Several journalists have noted her interest in using the entire court, along with her tendency to finish points. Prior to her participation in the 2017 Volvo Car Open final, an article on the event's website declared, "Most impressive about Ostapenko is her willingness to strike big to all corners of the court, be it a cross-court laser or a bold down-the-line winner." One of her main weaknesses is an occasionally high error rate due to her high-risk approach.

Ostapenko hits powerfully on both wings. In a 2016 interview, Crosscourt View labeled Ostapenko's backhand her "strongest weapon"; the same year, Hartford Courant noted that she "hits a lot of forehand winners."

At the 2017 French Open, where Ostapenko won her first professional title, she regularly hit between 35 and 45 winners throughout her matches. Following her quarterfinal performance, she attracted multiple comparisons to Monica Seles. Ostapenko said in an interview at the event that "aggressive is my style of game." After the final match of that French Open, analysts noted the differences between her performance and opponent Simona Halep's performance; Ostapenko had 54 winners and 54 unforced errors, while Halep had 8 winners and 10 unforced errors. ESPN's Simon Cambers wrote, "Fear just does not seem to come into [Ostapenko's] vocabulary ... Her groundstrokes are simply massive, flat swipes of the ball that left Halep ... grasping at shadows."

Ostapenko was initially coached by her mother, with her father serving as a fitness trainer. In 2017, she also began training with two-time French Open doubles champion Anabel Medina Garrigues.

Ostapenko match record against players who have been ranked in the Top 10, with those who are active in boldface. 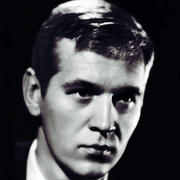