Sir Jeffry Wyatville RA (3 August 1766 – 18 February 1840) was an English architect and garden designer. Born Jeffry Wyatt into an established dynasty of architects, in 1824 he was allowed by King George IV to change his surname to Wyatville (frequently misspelled Wyattville). He is mainly remembered for making alterations and extensions to Chatsworth House and Windsor Castle.

Jeffry was born on 3 August 1766 in Burton upon Trent, the first surviving child of Joseph (1739–1785) and Myrtilla Wyatt who died shortly after Jeffry's birth. He was educated at the grammar school in Burton upon Trent. Shortly after the death of his father, Wyatville began his architectural training in his uncle Samuel Wyatt's office. He remained with Samuel until 1792 when he moved from the Midlands to his uncle James Wyatt's office in Queen Anne Street, London. He later completed the gothic Ashridge in Hertfordshire after his uncle James's death in 1813. Wyatville sent designs to the Royal Academy every year from 1786 to 1822 and less frequently thereafter. There is no evidence that Wyatville ever undertook foreign travel as part of his education, probably this was because of the Napoleonic Wars. Wyatville was elected Associate of the Royal Academy on 4 November 1822, then on 10 February 1824 was elected a Royal Academician of the Royal Academy, his diploma work being a drawing of the unexecuted design for Brocklesby Hall.

His largest commission the remodelling of Windsor Castle begun in 1824, when Parliament voted £300,000 for the purpose. The eventual cost was over £1,000,000 (a quarter of which covered furnishing). A competition was held between four invited architects, Wyatville, Robert Smirke, John Nash & John Soane, the architects (with the exception of Soane who withdrew from the competition) submitted their designs, in June Wyatville was announced as the winner. The foundation stone was laid on 12 August 1824 by King George IV at what would become the George IV gateway. Wyatville took up residence in the Winchester Tower in the castle in 1824 and would use it for the rest of his life. Eventually the Upper Ward of the Castle would be reconstructed. It was while at Windsor that he designed Golden Grove, Llandeilo, Carmarthenshire for the 1st Earl Cawdor, completed 1834, and its 'sister house' Lilleshall in Shropshire for George Leveson Gower, completed 1829.

He was knighted by George IV in 1828. He was buried in St. George's Chapel, Windsor Castle on 25 February 1840 following his death on 18 February. His memorial stone is in the north-east corner behind the high altar, and bears this inscription:

In the vault beneath are deposited the remains of Sir Jeffry Wyatville R.A. under whose direction the new construction and restoration of the ancient and royal castle of Windsor were carried out during the reigns of George the 4th William the 4th and of Her Majesty Queen Victoria he died February 18th A.D. 1840 in the 74th year of his age

In 2007 a new residential street in Buxton, Derbyshire was named Wyatville Avenue to commemorate Sir Jeffry Wyatville's impact on the town.

The contents of this page are sourced from Wikipedia article on 30 Apr 2020. The contents are available under the CC BY-SA 4.0 license.
View Jeffry Wyatville 's image gallery
Image Gallery 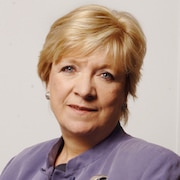 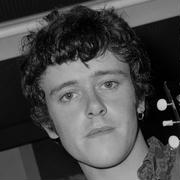 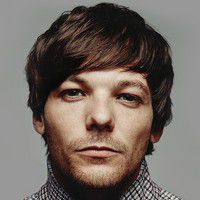